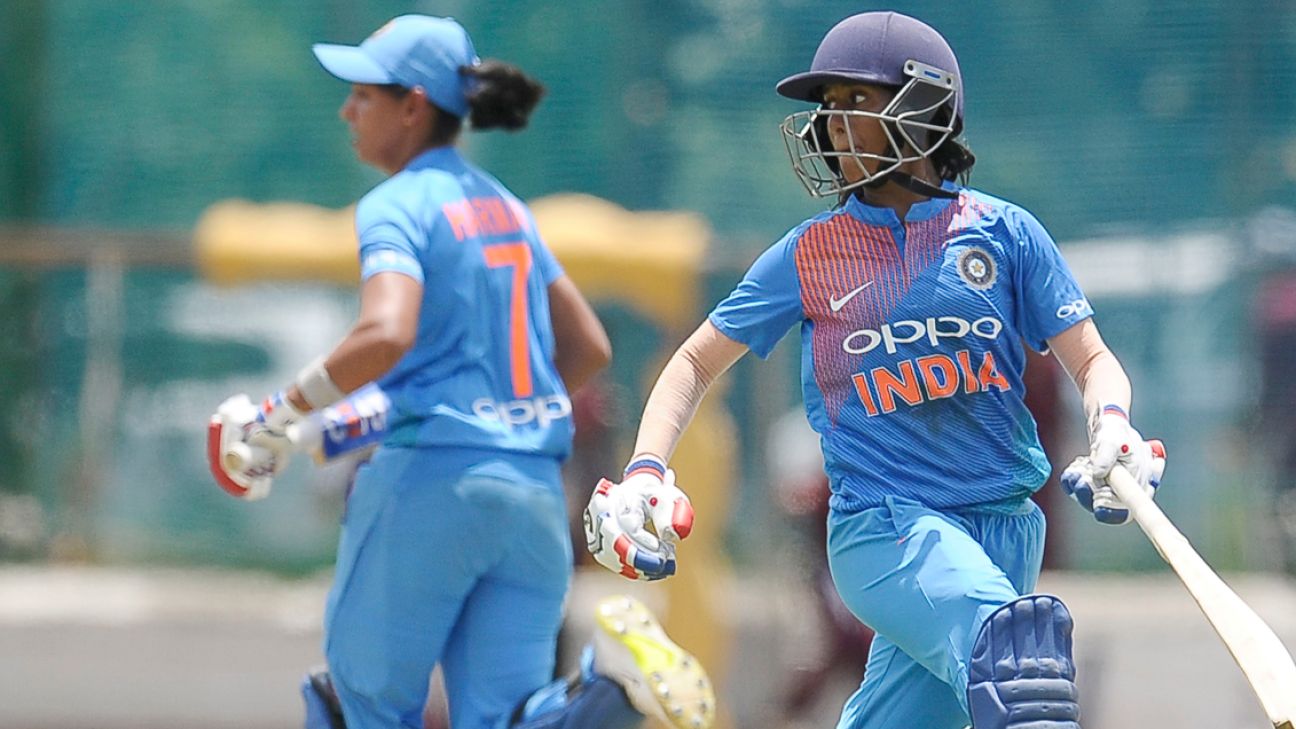 Edulji’s views came close on the heels of an India collapse of 7 for 29 in the tri-nation series final against Australia in Melbourne that cost them what looked like a likely victory, given the visitors needed only 41 runs off 35 balls with seven wickets in hand. The dismissal of half-centurion Smriti Mandhana in the 15th over exposed the infirmity of the middle order yet again.

“They are so lazy that they never try for a second. These are the things that make all the difference. It is a single or a boundary, there is nothing in between.”

Diana Edulji on India’s running between the wickets

Edulji, whose 33-month tenure as a member of the Supreme-Court appointed Committee of Administrators involved a controversy around Mithali Raj’s omission in the 2018 T20 World Cup semi-final, even floated the idea of a change of captaincy to enable Harmanpreet to play her “natural game”.

“Both Harmanpreet and Jemimah need to pull up their socks,” Edulji, who played 20 Tests and 36 ODIs for India, told PTI. “Maybe Harman should give up captaincy and play her natural game. Something seems to be troubling her. But who else takes over then. If Smriti is handed captaincy, it might affect her batting too.”

Even though Mandhana topped the run-charts in the tri-series with a tally of 216, the rest of the line-up spluttered form, the want of fluency and consistency among the middle order in particular resulting in a league-stage defeat against England and Australia each, and then the chastening collapse in the final.

ALSO READ: Harmanpreet ‘not afraid to give chances to newcomers’

“They are so lazy that they never try for a second,” Edulji said. “These are the things that make all the difference. It is a single or a boundary, there is nothing in between.”

With the infirmity of the batting order showing little signs of ceasing since India’s defeat to England in the 2017 ODI World Cup final and the 2018 T20 World Cup semi-final, Edulji believes that a title triumph in the upcoming global tournament is unlikely.

“There is something wrong with this team,” Edulji said. “This is a team which can win every game and it does win from an unlikely situation but the next game it is losing from a comfortable position like it did today. They are simply not consistent enough.

“They have all the facilities at their disposal now, at par with men, and yet they have not been able to play consistent cricket and win ICC trophies. If they play like the way they are playing, they will make the semi-finals again [at the T20 World Cup], but I don’t see them winning the trophy.”

Pooled alongside defending champions Australia, New Zealand, and Bangladesh, India have picked only three pacers in a largely spin-heavy bowling contingent for the T20 World Cup. The efficacy of that strategy, though, was on view in the tri-series, where the spin attack pulled India back in the game on multiple occasions, the left-arm spinner Rajeshwari Gayakwad even going on to topping the wicket-charts. Edulji, however, had a different take on India’s reliance on spinners.

“It just shows there are no quality pacers in domestic cricket,” Edulji said. “You only have [swing bowler] Shikha Pandey of some calibre. What is being done to produce pacers? We are bound to play with a spin heavy attack if there are no pacers around. We are not concentrating on junior cricket enough. How come Australia have pacers who can bowl at 120 kmph and we don’t?”