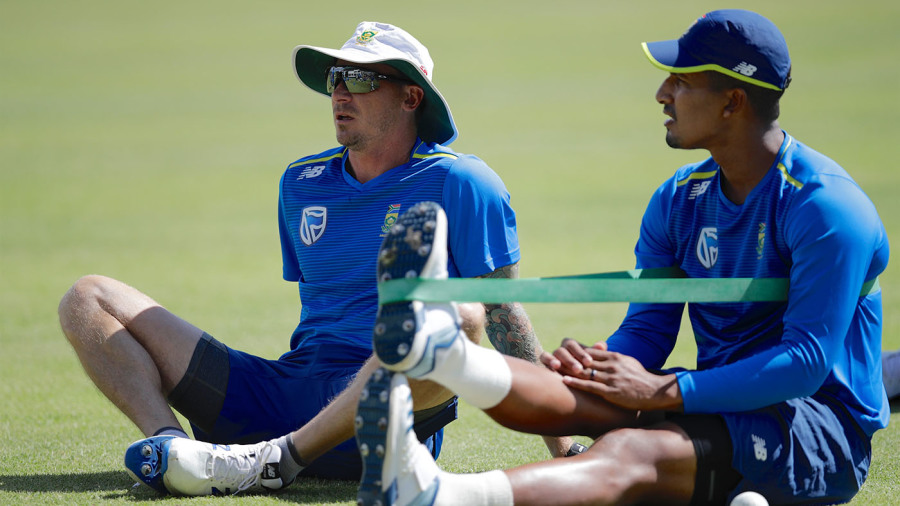 After a two-month prologue, it’s time for the main event. Yes, ladies and gentlemen, with the challenge of back-to-back T20 World Cups glittering on the horizon, and the small matter of the Test and ODI series now safely out of the way, put your hands together for the return of the titans. The parade of champions. The launch of the hottest ticket of the autumn – the three-match T20I showdown!

Is that overstating things a touch? Maybe just a bit. But nevertheless, you’d be hard-pressed to ignore the not-so-subtle change of emphasis that has swept through the game in the months since the completion of the 2019 World Cup.

England played a few rookies and mixed a few messages in last week’s erratic ODI displays, in which their desire to get something out of the series eventually trumped their urge to give the kids a full run of games. But now, with Jos Buttler and Ben Stokes restored to the front line, and Mark Wood ready to be unleashed once more after his post-Test downtime, the opening fixture in East London marks the official start of England’s return to the white-ball saddle.

For this is the format that now offers the swiftest route to glory for an England team that has the 2023 World Cup defence as a long-term objective, and the memory of the 2016 World T20 final to drive them on in the short term. It’s easy, and perhaps understandable, for teams to feel sated, even a touch directionless, after achieving a lifetime’s ambition, but the pain of that defeat at the hands of Carlos Brathwaite’s scything blade four years ago will doubtless be a touchstone as they build towards the next campaign, looming large already, in Australia in October.

England won’t be putting forward their very strongest T20 team for this series, for the absence of Jofra Archer with an elbow fracture is a big setback. But you only had to look at the injection of composure and quality that the returning Moeen Ali and Adil Rashid provided in last week’s third ODI to be reminded of what a fine-tuned machine England’s white-ball squad has become. For Moeen in particular, this promises to be a significant return to the fray, with his Test future still shrouded in doubt after his decision to sit out the Sri Lanka tour.

South Africa are perhaps a few steps behind in their own T20 preparations, with Faf du Plessis and Kagiso Rabada still resting up after the Tests, but the hotly anticipated return of Dale Steyn – for his first international appearances in nearly a year – is evidence of the desire that still lingers among the remnants of South Africa’s golden generation.

For the time being, though, continuity is the watchword. Quinton de Kock will lead in du Plessis’s absence, and open the batting, too, alongside Reeza Hendricks, who looked fluent amid the showers in Durban last week. Temba Bavuma at No. 3 will have a chance to build on his favourable white-ball impression, and then there’s the dangerous David Miller lurking in the middle order – the sort of proven T20 performer who can turn any innings in his side’s favour.

There’s promise in that mix, and who knows, there could yet be an injection of quality further down the line, with AB de Villiers very much in contention for a last hurrah at the main event, a year on from his aborted offer to return for the 50-over World Cup. That may be a plot twist for a later date, but all such prospects add extra layers of context to these upcoming contests – which is something that bilateral T20Is have all too often lacked in the past.

Well, who else could we possibly turn the focus on to in these circumstances? At the age of 36, Dale Steyn‘s refusal to bow to the passing of time is inspirational, but is it sustainable? His Test career is done, and his role in ODIs ended with his sad departure from last year’s World Cup – ruled out with a shoulder injury having arrived in England semi-fit but hopeful. But while there’s one final crack at an elusive global trophy to be had, he’s not ready to call it quits just yet. Such a long-overdue triumph would be the accolade that such a champion performer deserves at the end of a truly exceptional career, but is experience enough to carry the day for Steyn? He lacked penetration at the last World T20 in India in 2016, where South Africa failed to progress from the group stages, and some might argue that Grant Elliott’s seismic six at Auckland in the 2015 World Cup semi-final was the moment in which his white-ball career truly died. All the more motivation, clearly, for Steyn to climb back off the canvas and silence his doubters one last time.

Whether Moeen Ali can be persuaded to play red-ball cricket again is an issue for another day. But all things being equal, he remains among the very first names on England’s T20 team-sheet, given the maturity of his offspin, the tactical nous he offers as a successful captain in his own right, and the 0 to 60 power that he offers with his late-innings biffing. Few players can connect more sweetly from a standing start than Moeen. He deserves to be valued in this format where perhaps he has been taken for granted elsewhere. And, after the sad decline of his form during the World Cup last summer, at precisely the moment he ought to have been approaching fulfilment, England would do well to harness whatever burning ambition still resides within an often under-rated competitor.

Steyn’s hotly anticipated comeback dominates the agenda in a familiar-looking South Africa line-up, as the new-look side that impressed in patches in the ODIs is given another chance to bed in. Sisanda Magala could yet squeeze Dwaine Pretorius out of the starting XI if he passes a fitness test. Du Plessis and Rabada wait in the wings for now.

Back come England’s big guns, Buttler and Stokes, though where will they slot into the XI? There’s the distinct possibility that Buttler, who hasn’t played a T20I since April last year, will be given the chance to reprise his stunning form at the top of the order for Rajasthan Royals, which might mean bad news for Jason Roy, whose sketchy record against spin leaves him vulnerable if sides choose to target him from the outset. Buttler may also be keen to reclaim the gloves from Jonny Bairstow, who filled in for the five-match series in New Zealand in November. Dawid Malan slammed a 48-ball century on that tour, and has been muttering quite loudly about his lack of opportunities, so he’s presumably due his chance at No. 3. Joe Denly can never be ruled out of consideration, especially given his brace of fifties in the ODIs.

The deluges that wrecked Durban’s ODI don’t look like affecting the Eastern Cape to quite such a terminal effect, with the conditions for Wednesday set to be overcast, windy and humid. In theory, Buffalo Park’s short boundaries will encourage some lively strokeplay, but the highest score in two previous T20Is at the venue is a relatively unremarkable 169.

“I love playing against these guys. I watched them now in the Tests and the ODIs and I can’t wait to get out there. I haven’t played against England for a long time. It’s great to be in East London where it’s not the fastest track in the world but it will do. Any time you are playing at the highest level against the world’s best players – if you’re not excited about that, then I don’t know what’s going to get you excited.”
Dale Steyn is itching to get involved again after nearly a year on the sidelines

“The white-ball journey that we went on, that changed the way we played, that journey continues now, into the Twenty20 from the 50-overs. It will be the same sort of motivational speech from Morgan, the same sort of team dynamic, the same way that we want to play.”
Mark Wood says England will be sticking with their World Cup-winning philosophy for the T20s