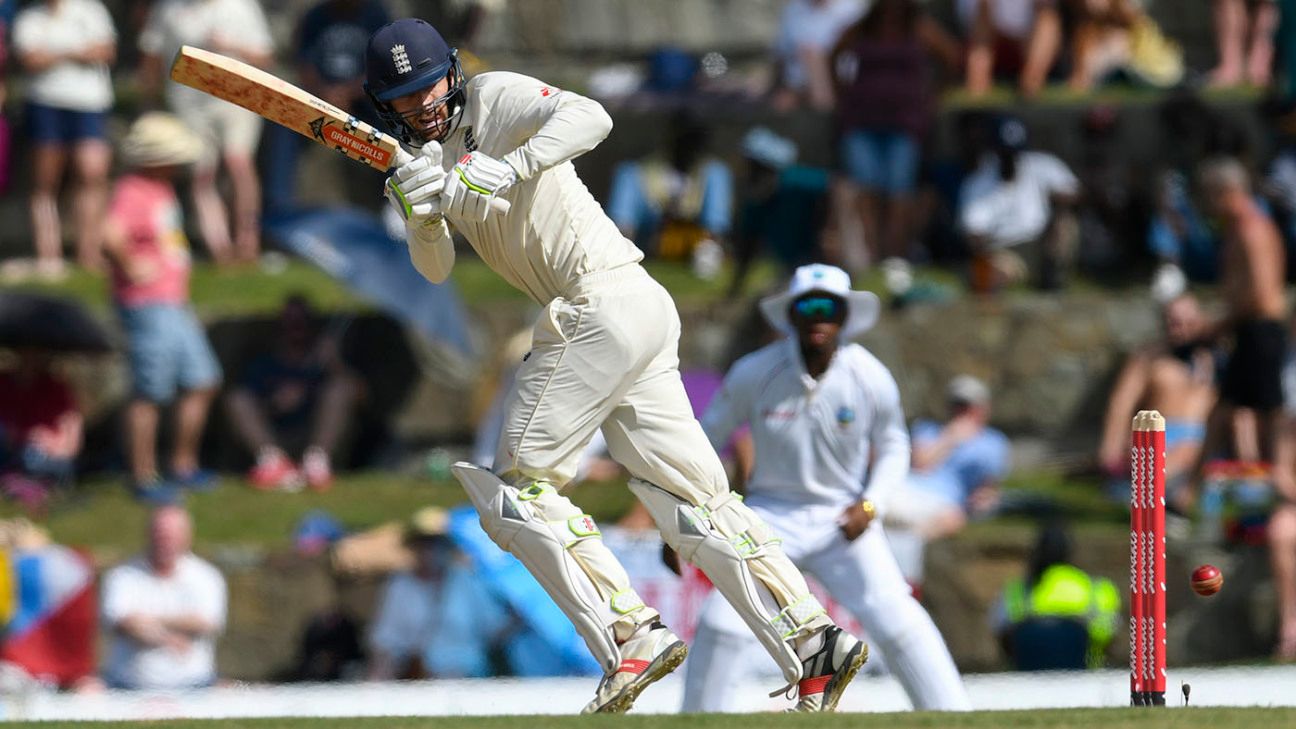 Ben Foakes says he has got his “enjoyment and determination back” ahead of England’s Test series in Sri Lanka next month, after feeling like he had lost his love for the game during a difficult 2019 season.

Foakes starred on England’s last trip to Sri Lanka, hitting 107 on Test debut and impressing behind the stumps after being added to the touring squad following an injury to Jonny Bairstow, but was unexpectedly dropped for the third and final Test of their next series in the Caribbean, and had a face-to-face chat with selector Ed Smith ahead of the home season to work out where he stood.

But rather than starring in the County Championship to press his case for inclusion in England’s Ashes, Foakes found himself running on empty. He struggled for runs, averaging 26.13 in first-class cricket for Surrey, and decided to take some time away from the game this winter in order to rest and refresh.

“I felt like I was burned out from cricket, a little bit,” Foakes told ESPNcricinfo. “After the last four years, trying to get to the England level – when you play all formats in county cricket, you do your full county summer, then you’re in England squads but not really playing, then you go to the Lions in between.

“To be honest with you, before last season, I was looking at it and going: how am I getting through this? I started all right, and then I didn’t have too much energy left, and I really struggled towards the end.”

Rather than spending time on England pathway programmes, Foakes decided to forget about cricket completely at the end of September, instead going on holidays to Europe and the USA. Remarkably, this was the first winter since 2009-10 that he had not spent playing cricket overseas, and he admitted that the “intensity” of being in Under-19s, Lions, and pathway set-ups “can wear you out after a while”.

“That’s why this winter I decided to take a break from the Lions, have a bit of rest time, and just get my head straight and get fresh again. I’ve definitely got that enjoyment and determination back, just because I actually have some energy to do some stuff. I’ve just been really enjoying training again, which has been quite nice.”

Foakes was training indoors at The Oval with Alec Stewart when he found out about his inclusion in England’s 16-man squad for Sri Lanka. “He took a phone call and it seemed quite serious,” Foakes said. “He stopped the session, and I was pretty sure he was speaking to Ed Smith but I didn’t know it was about me. I got a little thumbs up, so I had an inkling.”

He is expected to start the tour as Jos Buttler‘s understudy, but with an impressive record against spin bowling (he averages 60.75 against spinners in Tests to date) and wide recognition that he is the superior gloveman of the two, his case for inclusion is strong. That said, he is not resting on his laurels, and hopes to keep his focus on his own game rather than wondering what will happen next.

“A lot of it is about opportunity, and just how you perform,” Foakes said. “You have to perform very well to be the number one when there’s that much competition. I probably wouldn’t have played at all last winter if Jonny hadn’t got injured.

“It’s something I’m trying not to focus on – it’s probably not that healthy to be always wondering if I’m going to get a chance, so I’ll just try and focus on my primary role. It’s been quite difficult being sat on the outside, not quite knowing where you stand, but I guess that’s part and parcel of being the guy in the middle.

“It’s definitely a challenge, especially during a county season when there are England games going on and you’re not sure whether you need to be ready in case [of a call-up].”

He is also wary of developing a reputation as being a specialist wicketkeeper, and hopes that he can prove himself to be an all-round package thanks to his batting.

“I’m quite hard on myself,” he said. “Generally, even if other people think I’m keeping well, I might think I’m not because I want to do everything perfectly. I’m a bit of a perfectionist.

“Until the end of last year, I’ve been really happy with my batting. It’s a bit like with [former England wicketkeeper James] Foster – he kind of had that reputation that he could keep but couldn’t bat, when he was actually a very good batsman. It can work both ways.”

It has been reported elsewhere that Foakes’ perceived weakness against the short ball has counted against him in selection, but he was defiant in stating that he considers that part of his game to be a strength.

“I did see an article with that [suggestion] but I’ve not heard that myself. I guess in Sri Lanka I was going well against spin, then went to the West Indies where it was more seam and I had a couple of bad games.

“But that’s the thing that frustrated me about the West Indies tour: I didn’t actually feel in bad form. I whacked one into short leg [in Barbados] then gloved on onto the hip which rolled on to the stumps [in Antigua]. There were a couple of things where it was just like… it’s not quite your day.

“That is cricket, and it happens whoever you’re playing for. And playing for England is a bit more cut-throat: you don’t have that luxury of a bit of time where if you have a couple of bad games you get to recover.”