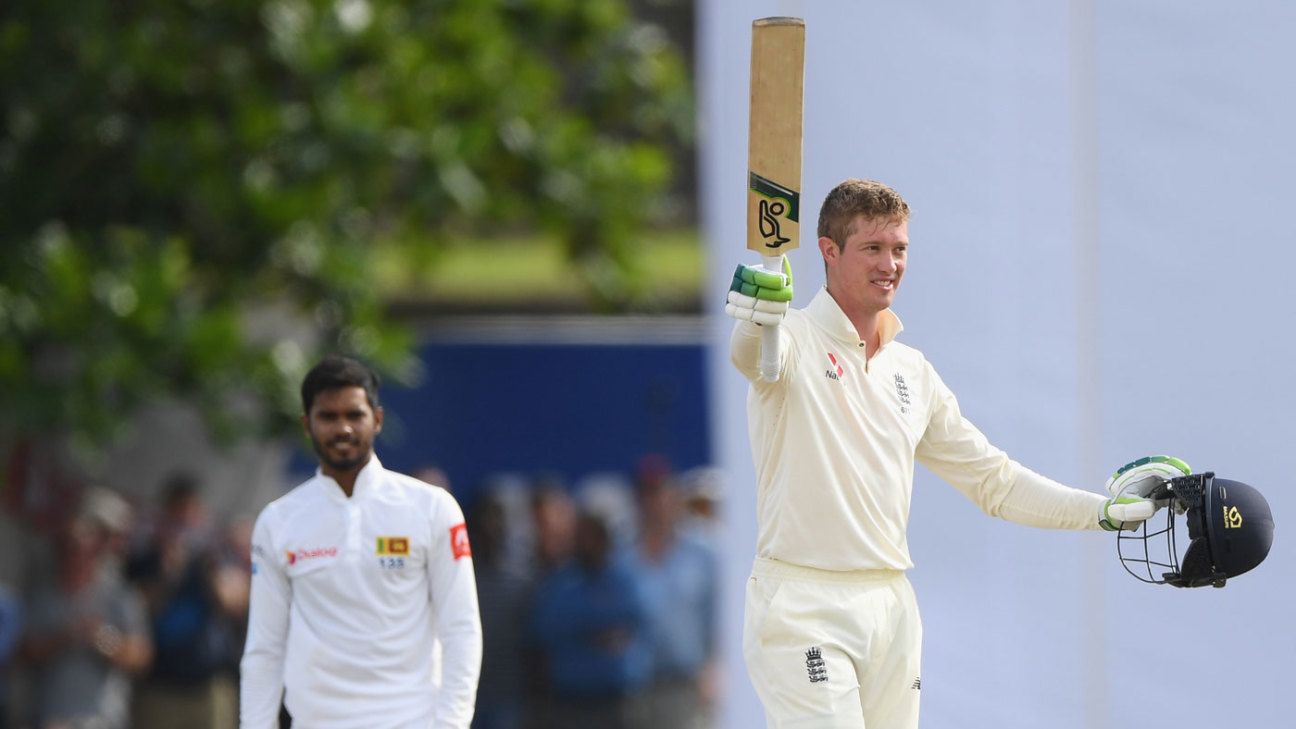 England have recalled Ben Foakes and Keaton Jennings for next month’s Test tour of Sri Lanka, with Jonny Bairstow omitted from the party that went to South Africa. Moeen Ali remains unavailable for Test selection, while James Anderson has been left at home to continue his rehabilitation from a rib injury ahead of the English summer.

Also missing from the 16-man touring party were the injured Jofra Archer and Rory Burns, but England have included Mark Wood and Stuart Broad, despite some expectations the latter could be rested. Jack Leach is fit to assume the mantle of senior spinner, having left the South Africa tour early due to sickness, and he will be joined by Dom Bess and Matt Parkinson in conditions where slow-bowling will be key.

Foakes was Player of the Series as England won 3-0 in Sri Lanka two years ago, but lost his place as wicketkeeper on the subsequent tour of the Caribbean. He is considered one of the best glovemen in the world – as well as making a century on debut in Galle, he did not concede a single bye – and is set to take over from Jos Buttler, who remains part of the squad. Buttler has averaged 17.55 this winter, having replaced Bairstow as wicketkeeper in New Zealand, but played a key role with the bat in Sri Lanka in 2018-19.

Bairstow, who was dropped for the New Zealand tour, then returned in South Africa and played in the first Test, after Ollie Pope was struck down by the sickness bug that ran through England during the build-up, has been given the opportunity to rest, according to Ed Smith, the ECB’s national selector.

The return of Jennings, who also made a hundred in Galle, was signposted last year when he was sent on an England training camp to Mumbai. He has an excellent record against spin, averaging 44.44 on the subcontinent, and also impressed by taking a number of catches at short leg on the previous Sri Lanka tour. His last appearance came in St Lucia a year ago, since when his highest first-class score is 97 for Lancashire.

Moeen’s continued absence, despite indications from Joe Root and Chris Silverwood that they were keen to have him involved, seems reflective of the breakdown in relations with the allrounder, who lost his central contract at the end of last summer. Moeen claimed 19 wickets in Sri Lanka last time out, forming an effective spin triumvirate alongside Leach and Adil Rashid, but has not been persuaded he is ready to return. Instead, he will fulfill his contract at the Pakistan Super League.

Rashid has not played first-class cricket since being dropped during the West Indies series a year ago, and said at the weekend it would be “unfair” to make himself available for Sri Lanka. That could lead to a Test debut for Parkinson, alongside the Somerset pair of Leach and Bess, if England stick with fielding three spinners. Parkinson has been with the Test set-up over the winter but saw himself overtaken in South Africa by Bess, who was initially called up on standby when Leach went down ill.

Smith said England had decided to stick with the “very exciting group of young players” who helped them to a 3-1 success in South Africa. Root’s side will head out in early March for two warm-up games before Tests in Galle and Colombo, with 120 World Test Championship points at stake.

“The selection panel has supported continuity after a successful series victory in South Africa,” Smith said. “The South Africa tour marked the emergence of a very exciting group of young players, creating a nice balance with an experienced core of senior players. That squad is mostly retained, with some tweaks to the squad relevant to injury, rest and the challenges of playing in subcontinent conditions.

“Somerset spinner Jack Leach has recovered from his illness he picked up in South Africa and is now healthy and keen to resume his Test career.

“Jonny Bairstow has been in England squads across the three formats without a significant break. This two-Test tour presents a good opportunity for Jonny to be rested. Jimmy Anderson will continue to work with Lancashire and the ECB so that he is ready for the start of the County Championship season leading into the Test series against the West Indies in June.

“Moeen Ali is still unavailable for Test selection. The selectors are in consistent dialogue with Moeen and he remains a valued player in England cricket.”