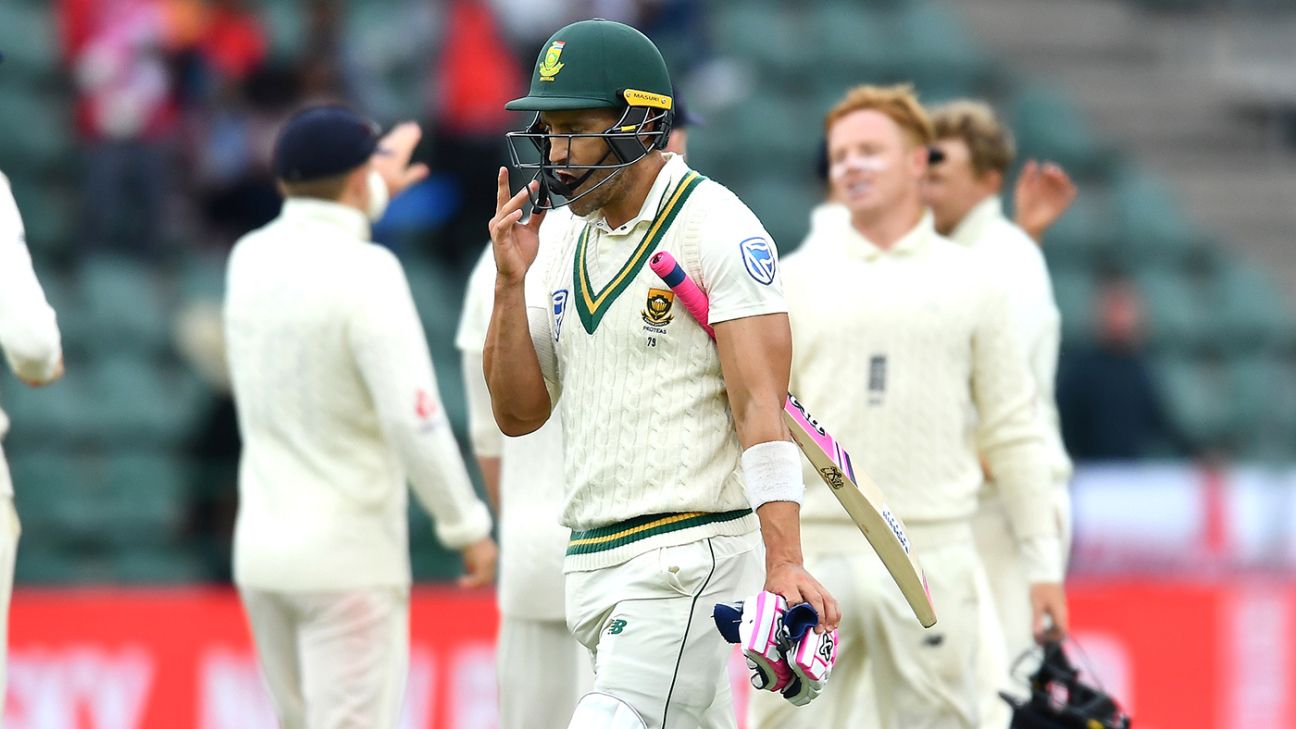 Faf du Plessis has admitted that the fourth Test of the series against England could be his final one on home soil.

South Africa’s captain has found himself under pressure after a difficult run which has seen his side lose consecutive Test series at home to Sri Lanka and in India, and now 2-1 down at home to England.

ALSO READ: Boucher has ‘no clue’ whether du Plessis is poised for retirement

His returns with the bat have been underwhelming too. He has not made a Test hundred in over a year, and since the start of October’s series in India, he has averaged 21.25, with 255 runs in 12 innings.

“I have committed until the T20 World Cup,” said du Plessis. “There isn’t a lot of Test cricket left this year: one massive Test where we need everyone to be as strong as possible, [and] afterwards there is quite a big gap.

“I have said before, there is an opportunity to release some of the captaincy. Two Test matches in the West Indies [in July], and the rest of the year is white-ball stuff. Most probably after that, Test cricket will be something that won’t see me.

“That’s a decision I will make then. For me now it’s to be as strong as possible.”

Du Plessis said it was “a possibility” that the fourth Test at the Wanderers would be his last at home, but that “the worst thing a leader can do is pull the plug mid-series”.

“I don’t think that’s what’s leadership is about. I felt that the team has needed a leader to stand up and guide the ship through a difficult time.

“If you leave the team when they need you most, that’s not my style. I have been under pressure a few times and I’ve played my best innings under pressure.

“I can’t leave the team when they need me most. We are in a transition but I can’t do it forever. It has been chipping away at your character. For now, that’s what we need. I think it will make it worse if I say I’m out.”