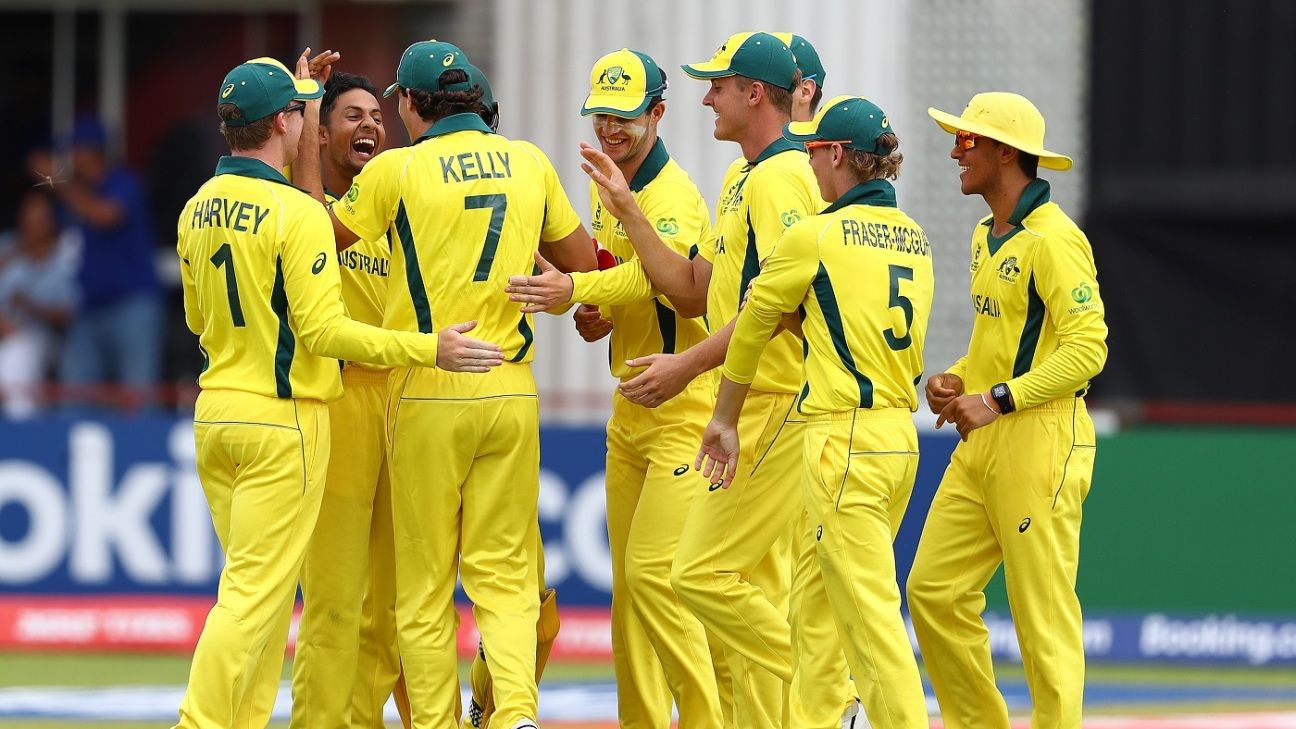 Nigeria’s first ever match at a World Cup was one to forget, as they were bowled out for 61 before going down by ten wickets against Australia in Kimberley in what was a rude awakening for the newcomers to the fold.

Their top scorer, opener Olayinka Olaleye, made 21 runs in 53 balls, surviving nearly 20 overs against some hostile pace bowling led by Bradley Simpson, but was eventually dismissed by legspinner Tanveer Sangha. Sangha, who had taken 4 for 30 against West Indies on Saturday, cleaned up the Nigerian tail thereafter to finish with 5 for 14 and get to the top of the wicket-takers’ chart for the tournament.

Australia then chased the target down in 7.4 overs with openers Sam Fanning and Jake Fraser-McGurk hitting eight fours to complete a dominant performance.

The game was one of two being played in Kimberley on the day and had very few fans in attendance. Most of those present cheered for Nigeria, and their first four of the World Cup, struck by Olayele through third man, elicited massive roars from the stands. In all, they struck six fours in an innings that lasted 35.4 overs, two of them coming from Olayele, the only one to reach double figures.

Sangha was impressive, bowling stump to stump instead of looking to turn the ball like in the game against West Indies. His sliders had two batsmen out bowled trying to cut, while wicketkeeper Patrick Rowe assisted with a catch and a stumping for two more wickets. The only time a Nigeria batsman looked to attack Sangha was when Olaleye gave him the charge, but he was caught at first slip by captain Mackenzie Harvey.

The early breakthroughs, however, had come from Simpson, who came into the Australia side in place of Matthew Willans, who is down with a groin injury. Simpson’s double-strike with the new ball had reduced Nigeria to 10 for 3, and his third scalp ended the innings in the 36th over.