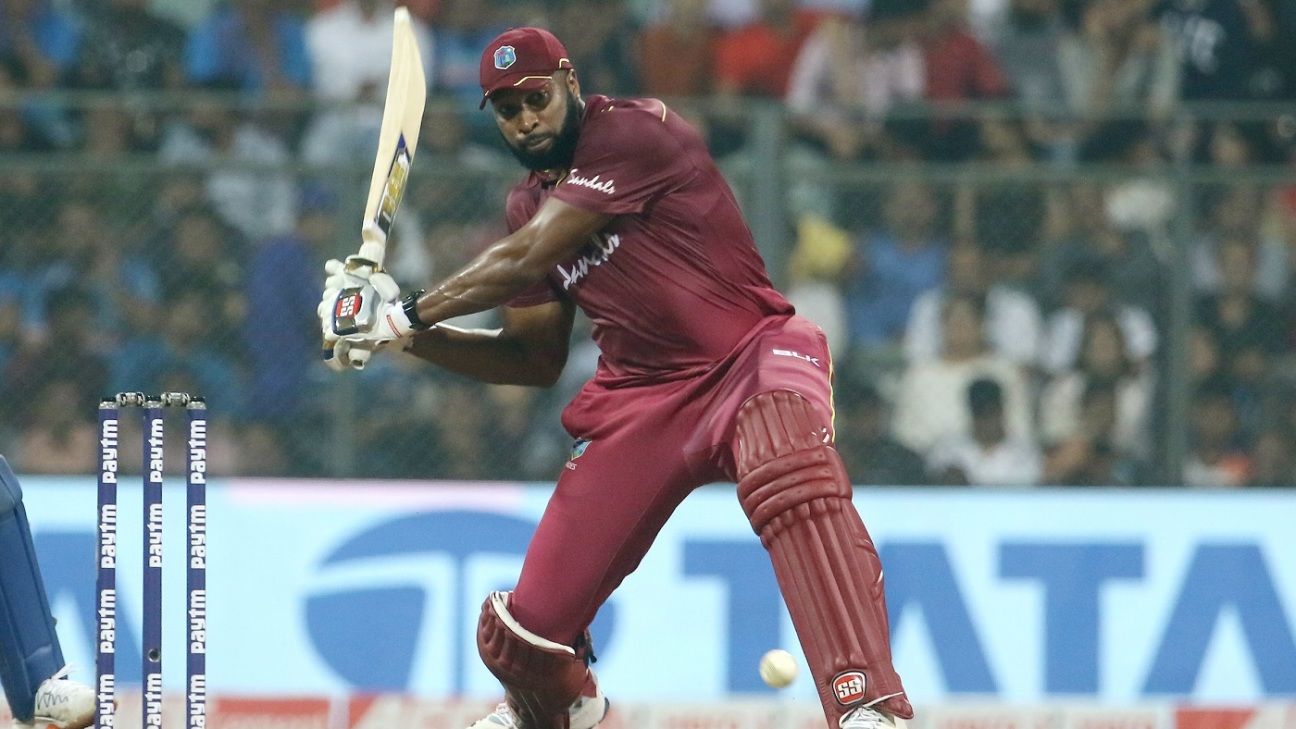 The stars are aligning for West Indies’ T20 World Cup defence. Phil Simmons, who had coached them to the title more than three years ago, is back at the helm. Kieron Pollard has taken over the limited-overs captaincy, Lendl Simmons is back in form, and Dwayne Bravo has come out of retirement, making himself available for T20I selection next year. Then, there are exciting talents from the CPL like Brandon King and Hayden Walsh Jr.

West Indies’ ODI side, however, is searching for some stability in a transitional phase. In the 50-overs World Cup earlier this year, they went either cray-cray or so very quiet. As a result, they finished second from last on the World Cup points table, with just two wins from nine games.

When they stuck to this lop-sided ODI approach against England and Australia, they wound up losing from winning positions. In Southampton, West Indies were 144 for 3 in the 30th over. While boundaries weren’t a problem, they couldn’t quite rotate the strike enough to keep the scorecard ticking.

A fairly well-set Shimron Hetmyer miscued a drive down the ground and Carlos Brathwaite swished and nicked off, adding to West Indies’ irreparable collapse. They gave up their last seven wickets for 67 runs to be bundled out for 212, with more than five overs unused in their innings.

Earlier in the tournament, against Australia, West Indies had been in a similar position – 149 for 3 – in pursuit of 289, but they were eventually pinned down to 273 for 9. The likes of Shai Hope, Shimron Hetmyer, and Jason Holder found the boundary semi-regularly, but the rest of the West Indies batsmen struggled to rotate the strike.

All told, West Indies had a dot-ball percentage of 57.7 in the 50-overs World Cup. In order to address this issue and tighten the middle order, West Indies roped in allrounder Roston Chase, who had been ignored for the World Cup.

The 27-year-old offspin-bowling allrounder made an immediate impact, playing a starring role in West Indies securing their first ODI series win in more than five years, against Afghanistan.

ALSO READ: ‘I see myself as someone who can be the No.1 allrounder some day’ – Chase

Batting at No.3 in the ODI series opener against Afghanistan in Lucknow, Chase shepherded West Indies’ pursuit of 195 on a sluggish track, with an assured 94 off 115 balls. Then, in the third ODI, Chase floated down to No. 7 and made a rapid 32-ball 42 to help West Indies overhaul Afghanistan’s 249. Chase was also at it with the ball, finding drift and turn to provide West Indies with vital breakthroughs.

Pollard conceded that Chase’s selection was a “left-field” one, but was particularly impressed with the flexibility he has added to the line-up. Chase’s strong form, Pollard said, could allow West Indies to play an extra batsman or a bowler depending on the conditions.

“I think he brings balance to the whole team,” Pollard said at the pre-match press conference. “He’s first of all a Test batsman – he has Test hundreds – and that in itself is a great asset for us. Having a guy who bats in the middle order in Test cricket coming in and in one-day cricket can do any role.

“Given that, he can bowl as well, it gives an opportunity to play an extra bowler or an extra allrounder or an extra batter. So, he has been very valuable for us. We saw his talents and we’re trying to exploit what we can give for himself as he can up there in terms of being the No.1 allrounder in the world. And no better way than the opportunity to do it. He has come in [as] a left-field selection, but that’s something that has worked for us.”

Another West Indies batsman who is more known for his stickability than muscle is wicketkeeper-batsman Shai Hope. The 26-year-old has been in stellar form in ODI cricket in the last two years, hitting 2023 runs in 44 innings at an average of 56.19 and a strike-rate of 76.71. Hope is a batsman in the mould of India’s Ajinkya Rahane, who is technically compact and can play some glorious drives, but doesn’t quite have the higher gears.

However, the likes of Nicholas Pooran, Hetmyer and Pollard have the higher gears and the bigger shots. So, West Indies need to strike the balance between power and strike-rotation if they’re to topple India.

West Indies will also have to contend with the conditions – both overhead and underfoot – in the ODI series opener in Chennai. Rain has lashed Chennai in the days leading up to the game and wet weather even interrupted West Indies’ training session on Saturday. West Indies are also sweating over Evin Lewis’ fitness. The in-form opener had been stretchered off the field in Mumbai and is recovering from a soft tissue injury is his right knee.

West Indies haven’t been able to field a full-strength side in the past few years due to various factors. But, despite that, the T20I side dug deep into its reserves and challenged India. Can the ODI side now veer away from the old lop-sided approach and spring a surprise against Virat Kohli’s men?