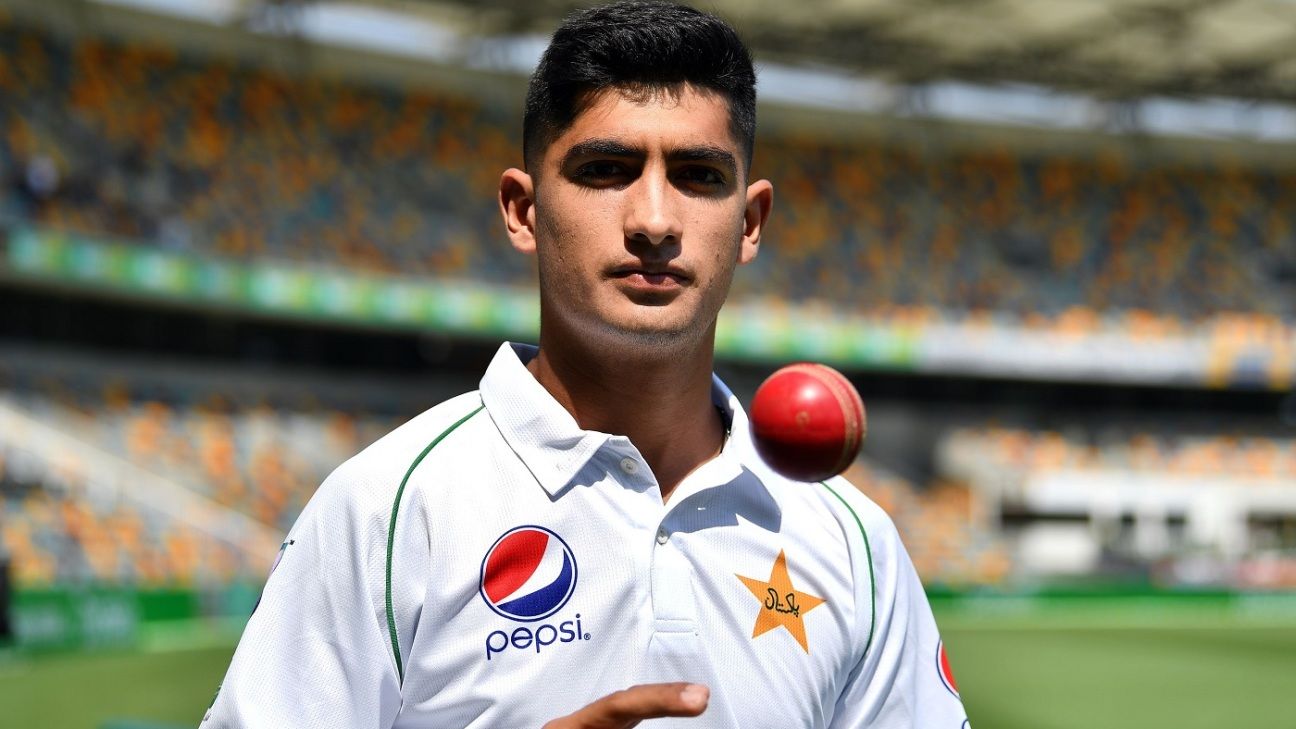 Naseem Shah, the 16-year-old Pakistan fast bowler who made heads turn during the recent senior-team tour of Australia, is expected to return to the national Under-19 ranks and link up with the rest of the squad as they prepare for the Under-19 World Cup early next year in South Africa.

“He is my main weapon and I need him there at the World Cup,” Ijaz Ahmed, the head coach of the Pakistan Under-19 team, told ESPNcricinfo. “He now has a taste of international cricket and now, at the home [Test] series against Sri Lanka, we are mainly banking on spinners. Pakistan have [Mohammad] Abbas and Shaheen [Afridi] to lead the fast-bowling attack according to the conditions.

“I feel he [Shah] for now should only be used in conditions like in New Zealand, England, etc, when needed. For now, we have a very important event coming up in South Africa and he is very handy for me and I will ask Misbah [ul-Haq, the chief coach and selector] to release him.”

Shah was named in the original World Cup squad, and ESPNcricinfo understands that he will be released to prepare and take part in the tournament.

Shah, who has just seven first-class matches under his belt, made an impact during Pakistan’s two-Test series in Australia. He had been all the talk even before he landed in Australia, with footage of his exploits in a short domestic career going viral. He didn’t bowl in the first innings of the Pakistanis’ tour game against Australia A following the death of his mother, but impressed during an eight-over burst in the second innings, bowling with pace and picking up the wicket of Marcus Harris.

He made his Test debut in the first game, in Brisbane, and sent back David Warner with a brute of a short ball that the batsman, then on 154, could only edge through to the wicketkeeper. Shah had found Warner’s edge earlier too, but was denied the wicket as he had overstepped. He was dropped for the second Test, in Adelaide.