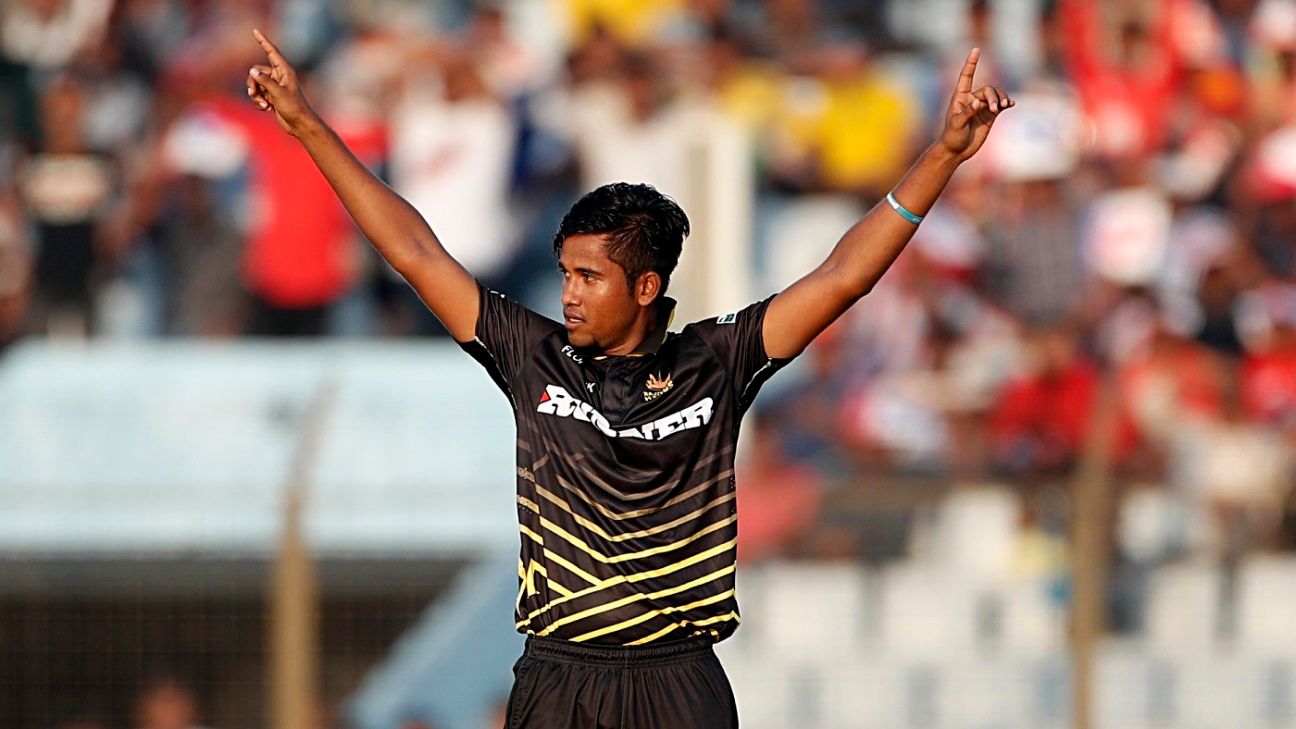 Left-arm fast bowler Qazi Onikfaces a lengthy suspension after he failed a dope test during this season’s National Cricket League. As a result, he has been removed from every BCB programme he had been part of previously, chief selector Minhajul Abedin said.

“The BCB’s medical team informed us of his results,” Minhajul told Bengali daily Kaler Kantho. “He wasn’t allowed to play in the NCL thereafter, and his name was also withdrawn from the BPL draft. He was also part of some of our other programmes, but from there too we have withdrawn him.”

Once the full report is ready, the BCB will take a decision based on its anti-doping policy.

Onik, now 20, had represented Bangladesh in the 2018 Under-19 World Cup in New Zealand, and was part of the Dhaka Dynamites set-up in the BPL earlier this year. So far, he has taken 15 wickets in four first-class matches, 41 wickets in 26 List-A games and 11 wickets in nine T20s.

He was talked up by some Bangladesh coaches as an international prospect, but his future remains uncertain now, as he awaits his punishment.