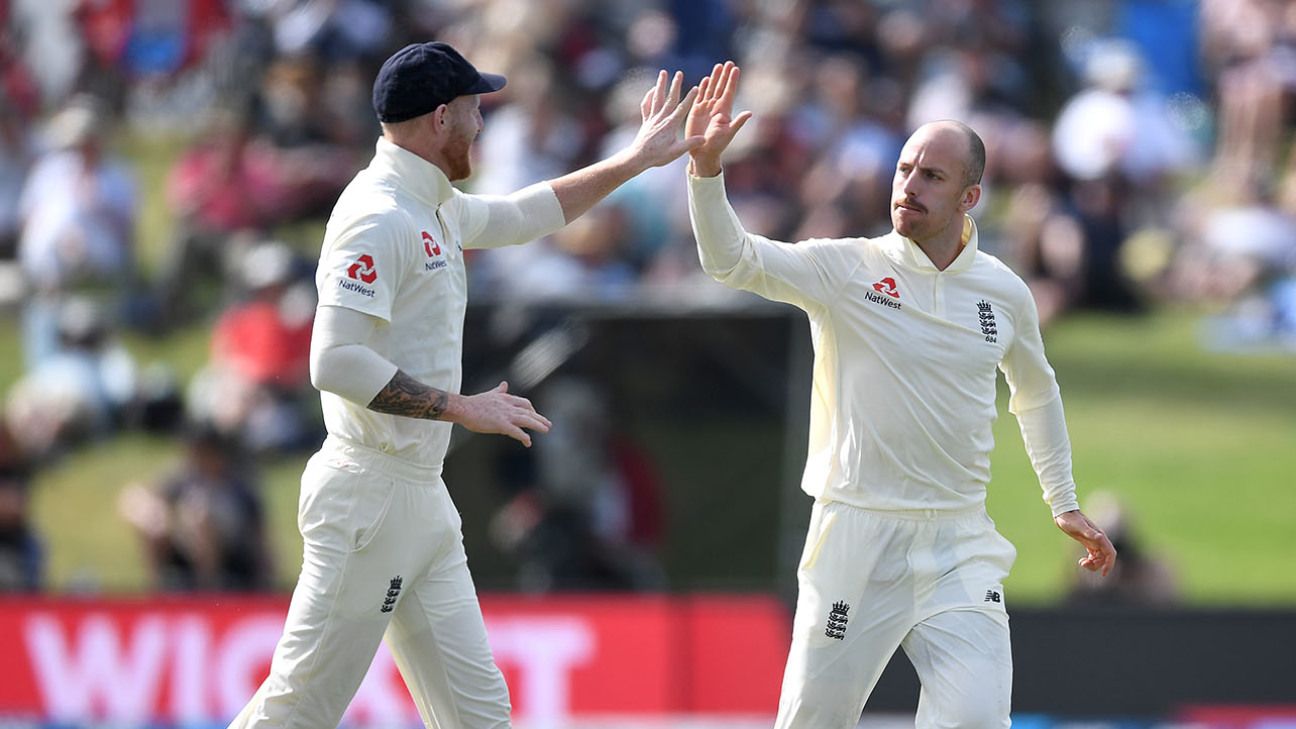 Jack Leach‘s tour of New Zealand has reached an unhappy ending after he was admitted to hospital suffering from gastroenteritis.

Leach, who was left out of the side for the second Test after England decided to field an extra seamer, reported feeling unwell after the first session of play on the second day in Hamilton. After initial observation from the medical team, it was decided to take him to hospital. He was admitted and is expected to stay there on Saturday night.

Leach’s condition may be complicated a little by the fact he was diagnosed with Crohn’s disease – an inflammatory bowel disorder – as a teenager. He admitted “it’s something I’m always battling a bit” in an interview with the BBC a few months ago.

“If I was having a bad day with the ball, it would be nice to be able to blame it on the Crohn’s,” he said, “but I’ve never done that. If there’s a day when I’m struggling, I know how to fight through.

“If I was in the middle of a big flare-up, I would feel at a physical disadvantage compared to other players, but I haven’t had one of those since I was about 16.

“It’s something I’m always battling with a little bit, even if I am very lucky to not be affected as badly as some people can be.”