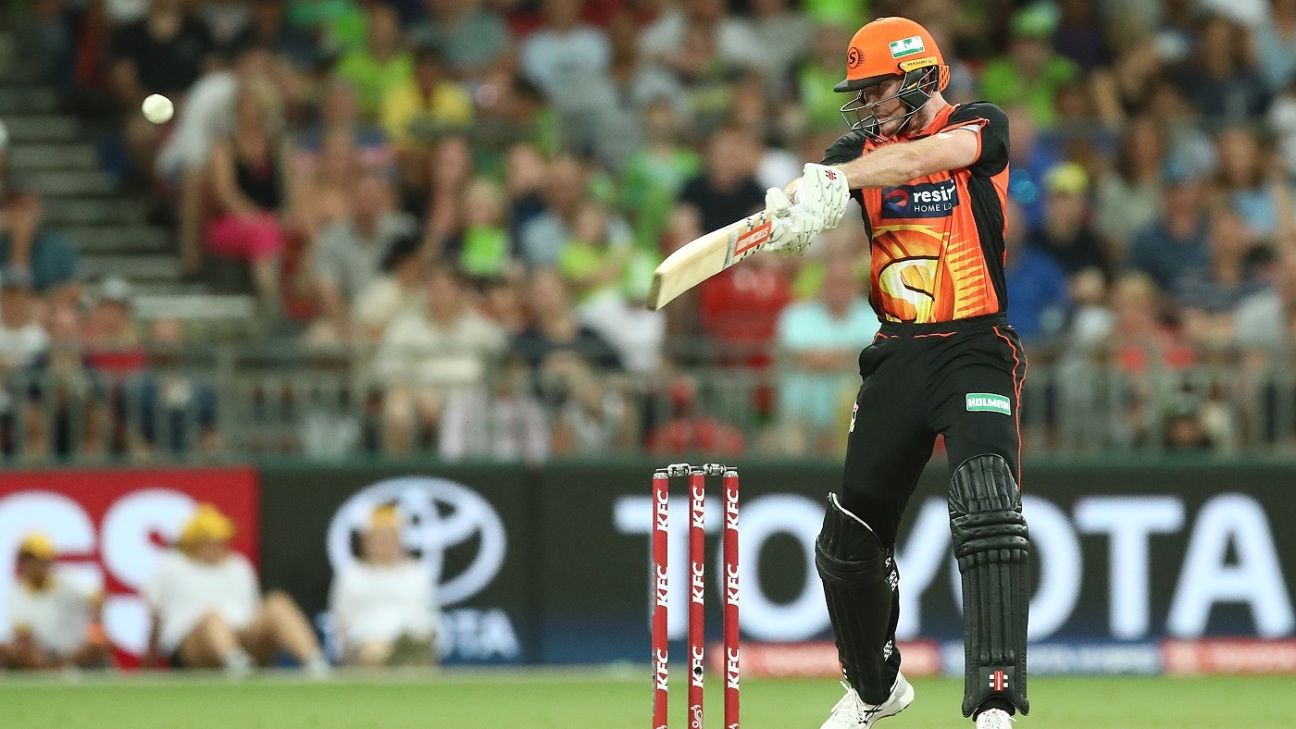 Ashton Turner, the Australian finisher, has joined Worcestershire for the whole of their T20 Blast campaign for 2020, in a move that would not have been possible but for the ECB’s decision to change its visa criteria in order to attract the best overseas players for the Hundred.

Turner, who has starred in the middle order for Perth Scorchers in the Big Bash, has played only 11 white-ball internationals in the past 24 months, and the criteria for a ‘governing body visa endorsement’ previously required a player to have played at least 15 such games – or one Test – in that time period.

But in order to ensure franchise stars like Sunil Narine would be available to play in the Hundred, the ECB lobbied the Home Office to add a criterion allowing those who have played at least 20 domestic T20 fixtures in recognised leagues in the past two years. That extends to all domestic competitions, opening up the possibility for Turner to play in the Blast.

Worcestershire came within one dot ball of becoming the first team to defend their T20 title this season, having dramatically snuck past favourites Nottinghamshire in the semi-final. They have signed Hamish Rutherford, the New Zealand batsman, as their main overseas player, who will be available for all three formats throughout the season.

Paul Pridgeon, the chairman of the club’s cricket steering group, said Worcestershire were “very pleased” to secure to signing of Turner.

“He is a promising, young player which fits our profile and hopefully he will fit nicely into our set-up. He is a top-order batter, batting four or five at the moment in the Australian T20 side.

“His stats stack up. We’ve seen footage of him and have done our homework – he looks a decent player. He is also a terrific fielder which helps, and is important in T20 cricket.”

Turner was close to being picked in Australia’s 50-over World Cup squad last summer, after hitting a remarkable innings of 84 not out from 43 balls against India in a successful run chase of 359 in only his second ODI.

He missed out on that squad, but has been an ever-present for Australia in their six T20Is against Sri Lanka and Pakistan over the past two weeks – though he only faced 31 balls across those games due to Australia’s domination.

He made 378 runs in last year’s Big Bash despite Perth’s struggles, and earned an IPL contract with Rajasthan Royals, though he made first-ball ducks in each of his first three innings in that competition.