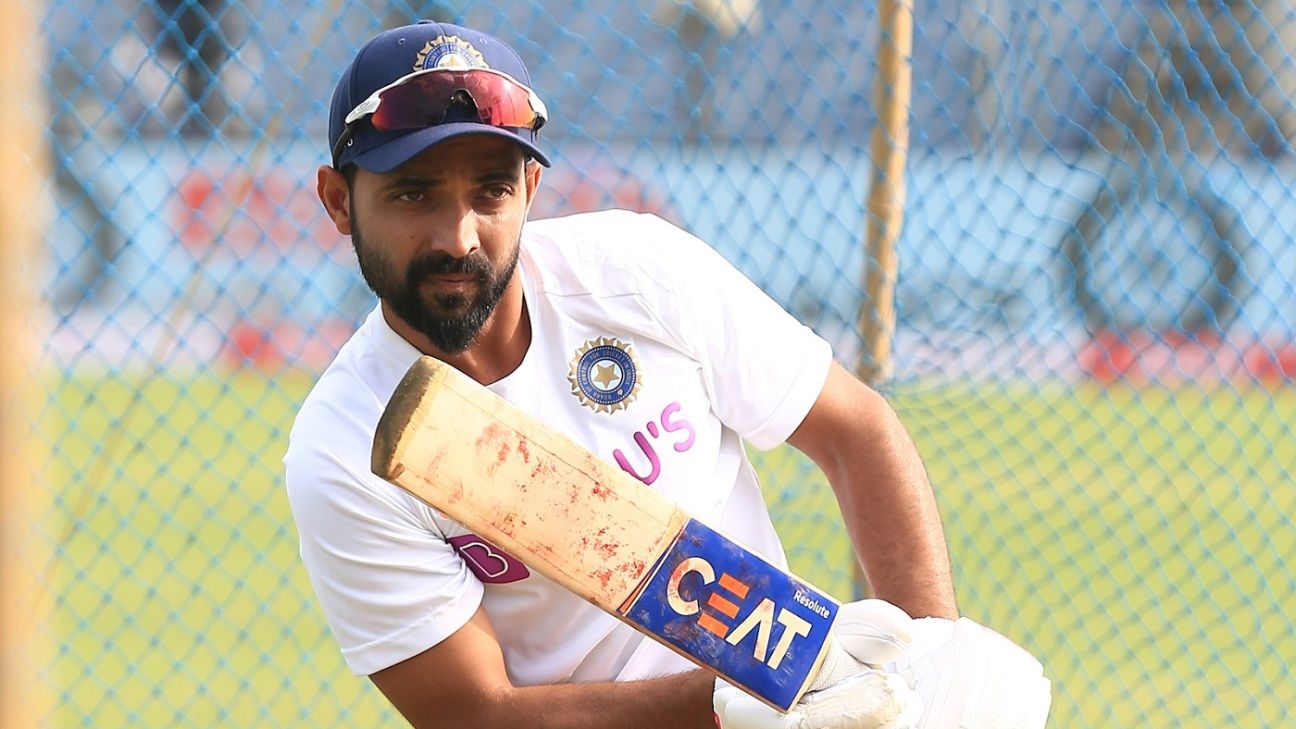 Playing late, and close to the body, is the key to counter the pink ball – that’s the early learning India’s Test vice-captain Ajinkya Rahane is taking back with him after training against the pink ball for the first time over the past few days.

Rahane was part of a small bunch of players from the Indian Test squad, who practised with the pink ball at the National Cricket Academy in Bengaluru in the lead up to the Bangladesh Test series, which includes a day-night Test, the first for either team, in Kolkata from November 22.

Not many top-drawer Indian players have actually played competitive cricket with the pink ball, which Rahane said was a “different ball game” from the red ball. “We had two good practice sessions, actually three or four but two in pink ball, one during the day and one under lights,” Rahane said at a press conference in the lead up to the first Test in Indore. “It was actually exciting. It was the first time I played with pink ball, and definitely it’s a different ball game as compared to red ball.”

Along with Rahane, the others who were present at NCA were Mayank Agarwal and Cheteshwar Pujara among the batsmen, and Mohammed Shami and Ravindra Jadeja. The training sessions took place under the stewardship of NCA director of cricket, Rahul Dravid.

“Our focus during the practice session was to look into the swing and seam, and also play close to our body,” Rahane said. “What we found out after the practice session that the pink ball does a lot (more) than the red ball. We have to play slightly late and close to your body. We had word with Rahul bhai also as he was there. We had a very good practice session. Right now the focus is on the first Test match, the red SG ball.”

The Kolkata Test will also be the first time SG pink balls will be used at the highest level, making it a trial for the balls as well. Incidentally, the BCCI had preferred the Kookaburra in the Duleep Trophy, which has been played under lights in the last three seasons. Irrespective of the make, it will take some adjusting for the players to do, but Rahane was confident it wouldn’t be a problem.

“The lateral movement is big, actually a lot than the red ball,” he said. “Adjustment-wise, I’m sure everyone will adjust very quickly. We are used to playing different formats – after T20s we play Tests. It’s just the mindset, technical skills will play a role. Mentally if you can adjust to the pink ball, then it’ll be good.”

Speaking to ESPNcricinfo in September, more than one prominent Indian domestic player had given the thumbs-down to the pink ball, with Faiz Fazal saying, “There was nothing for bowlers (with the pink ball).”

With barely any experience of playing with the pink ball, Rahane did not want to get drawn into comparing the SG and the Kookaburra. But he said the SG pink helped the spinners get more revolutions on the ball. “We played against spinners in Bangalore, and they were getting good revs on the ball. Yes, the shine is completely different to the red ball, but it’s very hard to compare with SG ball and the Kookaburra ball.

“I’ve never played with the pink ball. And what I’ve heard from other people is that the Kookaburra ball is actually really easy for the batsmen. But what we saw in Bangalore and played in Bangalore is that the SG ball was doing a bit for the fast bowlers. For spinners, it is difficult but it is very hard for me to say right now about Kookaburra and SG ball.”

Unlike Rahane, Pujara has encountered the pink ball in the past, at the 2016 Duleep Trophy, when he topped the scorers’ chart with 453 runs from three innings, hitting two centuries including an unbeaten 256 not out.

“I have played with the pink ball, in the Duleep Trophy, and the experience was a good one. The day-night Test will be a five-day game, those were four-day games, this will be a Test-match scenario, so it will be exciting,” he told bcci.tv.

He did, however, concede that some of the other batsmen did have problems picking the ball, especially in the latter stages of the days and when facing wristspinners.

“During the day, there will be no visibility issues with the pink ball. In my experience, the twilight period and the period under lights are more difficult. Those sessions will be crucial,” he said. “My experience as a batsman was a good one. Even as a team we did well. But some of the other players I had spoken to said that especially when facing a wristspinner, their wrong’uns were difficult to pick. When Kuldeep (Yadav) was bowling, it was difficult to pick his wrong’un.”

India and Bangladesh, as well as Afghanistan and Ireland, are the only teams to not have played a pink-ball Test yet, and their maiden foray in the new direction came about when Sourav Ganguly, soon after taking charge as the BCCI president, proposed the plan calling it a “huge step forward”, and the BCB, after discussing the matter with the players, gave it the go-ahead.