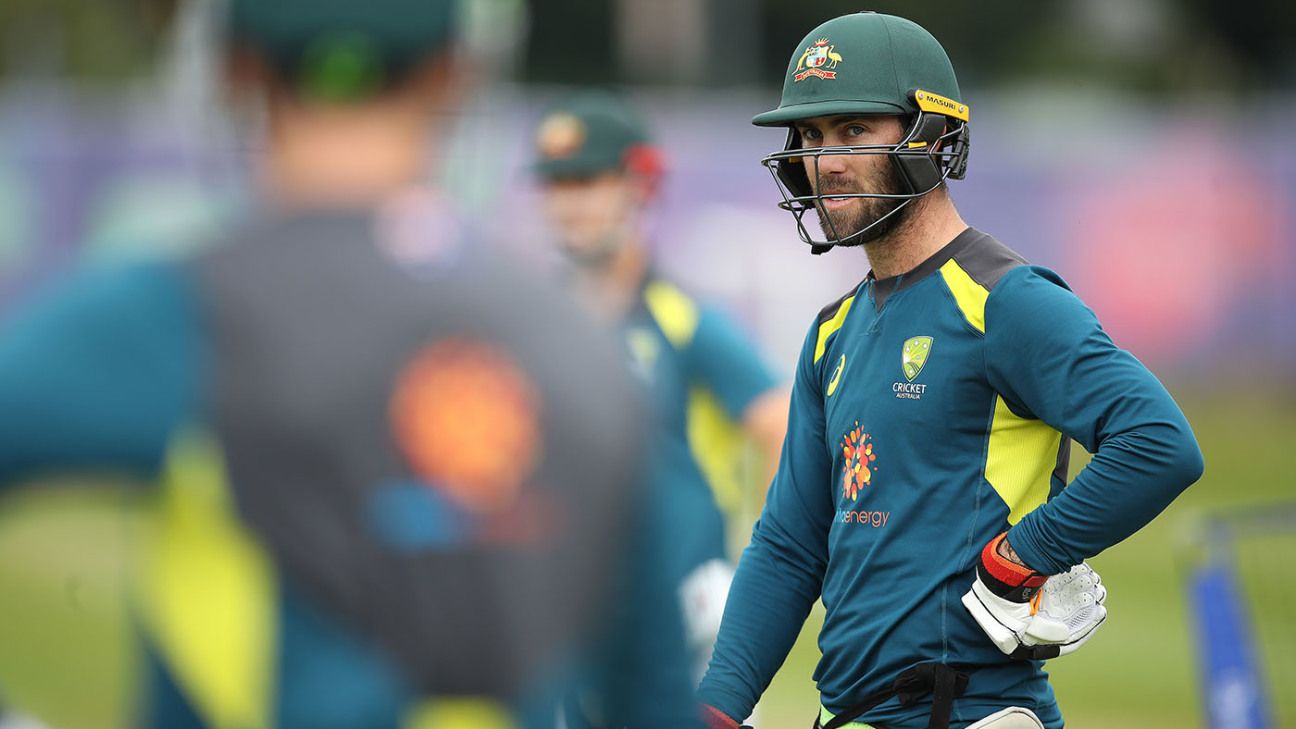 Australian cricket’s new overseer of national teams Ben Oliver admits the game still has a lot to learn about dealing with the mental health of its players, coaches and staff in the wake of the withdrawals of Glenn Maxwell and Nic Maddinson from national duty over the past few days.

As one part of a two-man high-performance team – the other being former Olympian Drew Ginn – that replaced Pat Howard earlier this year, Oliver’s commission is to work closely with the national men’s and women’s teams and their coaches Justin Langer and Matthew Mott.

He quickly surmised that closer and better management of people would be critical to the role, whether those in the national set-up or others working in the state system. To that end, the bravery of Maxwell and Maddinson to pull back from playing the game in order to look after their own wellbeing, rather than suffering in silence as many past generations have done, has been welcomed, but Oliver agreed that in the tension between a highly competitive sport and the wellness of its practitioners, Cricket Australia was trying to develop better understanding.

“Each individual person will have a whole range of different circumstances and that presents a challenge but it also means we can’t make a broad-brush statement about this or in fact a broad-brush approach to it,” Oliver told ESPNcricinfo. “Just because people are going through different challenges in their life doesn’t mean they’re also not able to perform at a really high level and so our aspiration is to make sure we’re giving our players and staff the best chance to thrive on and off the field.

ALSO READ: ‘We want guys being honest and able to talk’ – Carey

“I’m incredibly proud of both Glenn and Nic in feeling as though they could share what they were experiencing and really be open and honest about that. Equally proud in terms of our response to that. The coaching and support staff response and their care and empathy for both Glenn and Nic. And more broadly my view is it’s a really complex issue, something that all of society is grappling with and, as a sport, we’re part of society.

“We’re not immune to it, and we’ve got to continue to find ways to understand the issues and we’re doing all we can and applying our support and resources around players and staff on their own health and wellbeing. There’s lots to do, I think there’s lots to understand and we’re really committed to making sure we give our players and staff the best possible support we can.”

Australian players currently have the option of reporting mental health problems or spiralling feelings via the wellness apps used to track their physical and mental wellbeing, but are also able to discuss their state of mind with coaches, medical staff and team psychologists.

“We’ve got some systems in place where players are tracking their experience,” Oliver said, “but equally, we’ve got a whole range of coaching and support staff who are working with players on a daily basis and get to understand them very well.

In his former role with Western Australia, Oliver dealt with numerous instances of players and staff battling mental health and wellbeing issues. Ashton Agar is one WA cricketer who has spoken publicly about learning how to “ride” the peaks and troughs of personal wellness, having taken time out of the game for that reason in the past.

“It’s certainly clear to me and important to me coming into this role that Australian cricket is prioritising its people, players and staff”

“I spent six or seven years in WA and we had a whole range of challenges on and off field for players and staff and that’s a reflection of the world we live in and some of the challenges people are going through,” Oliver said. “And it reinforced to me the great opportunity we have as a sport to really lead the way and show how we can care and support our people. Whether it was with WA or this role or other states and territories from a cricket perspective, we’re all increasingly aware of the challenges people are going through and we’re learning how they go through that.

“Certainly not the first time this has come up, I’m sure it won’t be the last, and our obligation is to really make sure we’re understanding the issues and supporting our people. If and when they’re going through different challenges we provide them with the best care and support. I don’t think they’re necessarily mutually exclusive, there’s certainly opportunity for us to continue to perform at a high level on the field and support people off it.

“It’s just a case of building really strong relationships with our players in this case around how they’re travelling, what they’re experiencing and making sure we’re supporting them in that, helping them prepare, and ultimately go out and perform.”

Oliver has built up plenty of respect over time as a calm and considered presence in cricket administration, having previously held roles with Cricket Victoria, CA and also the ICC prior to moving to WA. In joining CA less than a year after the announcement of damaging findings from the cultural review that followed the Newlands scandal, he is well attuned to the attitude of listening and learning that so many of the governing body’s partners had demanded.

“It’s certainly clear to me and important to me coming into this role that Australian cricket is prioritising its people, players and staff,” Oliver said. “So that becomes a really important part of what we stand for as an organisation. That’s been really clear that is a priority, an important part of what the future looks like, and I’ve been really pleased with the endeavour going in to understand how we best do that. Really proud of the players and their willingness to be open and honest about what they’re experiencing.

“One of my initial observations coming into the role is the intensity of international cricket and the complexity of the schedule and those things are obviously real challenges for us to find the best possible solutions for. That’s all part of what players, coaches and staff are experiencing and mechanisms for that. Really comfortable that players are feeling confident to be open and honest and really proud of our staff for being able to care and support them when they do present that way.”

One set of fresh information about the mental health of Australian cricket is set to land early next year, with the results of a study begun three years ago by the youth mental health consultancy Orygen to be handed to CA in February.