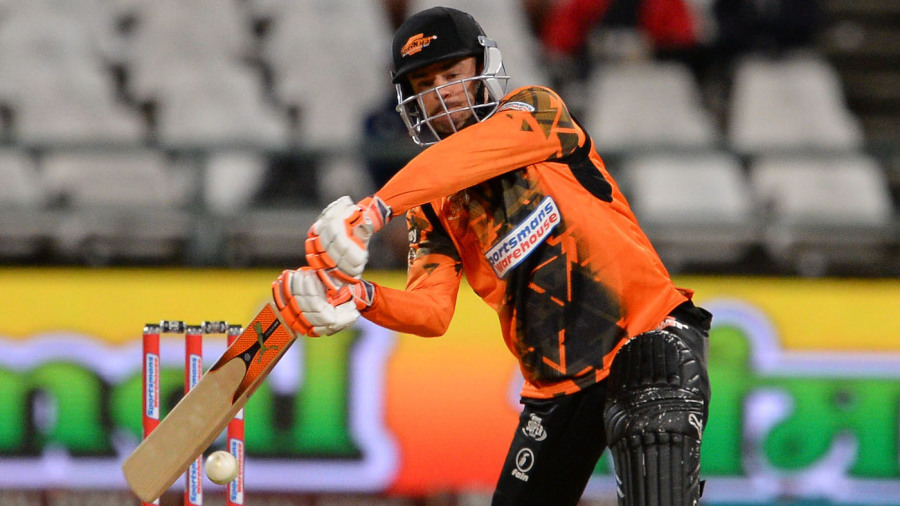 A bad start for the defending champions, the Jozi Stars, got worse as they lost their second match of the tournament to the Nelson Mandela Bay Giants. A typically windy afternoon in Port Elizabeth threatened to derail the home side, who dropped four catches in defense of their score of 167, but the experience of Chris Morris and Imran Tahir ensured the Giants opened their account with a 24-run win.

The leader of South Africa’s Test attack has the opportunity to warm up for events later this summer when he came up against Jason Roy and needed only two balls to make an impression. Kagiso Rababa had Roy caught at fine-leg with the second ball of the match and though it was not a particularly menacing ball – angling down leg – or a particularly poor shot – a flick that went wrong – it may start to plant a seed of doubt for what could take place when England’s tour begins next month. Rabada has already dismissed Roy three times in nine ODIs but has yet to come up against him in a Test, something that should change as the series gets underway.

The Giants lost early wickets and were 49 for 4 in the seventh over, needing a repair job, when two of their most experienced players came together to provide the mid-innings impetus. Heino Kuhn and Farhaan Behardien, who played together at the Titans franchise and Northerns province before that, shared an 85-run fourth-wicket stand off 62 balls. They hit eight fours and a six in their partnership which means they ran the other 47 runs, often pushing for two when taking fielders on the long boundary on the leg-side. Stars’ captain Temba Bavuma acknowledged that the team’s fielding, against two of the quickest players between the wickets, let them down.

Another half-century for Hendricks

His team may not be in the best form but Reeza Hendricks certainly is and scored a second half-century in as many matches to set the Stars’ chase up strongly and soar to the top of the run-charts. Hendricks was dropped on 3 by Onke Nyaku backward-point and on 7 by Behardien at deep square leg. Hendricks lost his opening partner Chris Gayle four balls after the Powerplay ended but surged on regardless. His cover drive remains his signature stroke and it came out twice in his 70-run second-wicket stand with captain Bavuma.

But even with Hendricks at the crease, the Stars were scoring a touch too slowly and needed 57 runs off the last five overs. Bavuma was caught at deep mid-wicket which punctured their efforts but then Chris Morris, who opened the bowling with two overs for eight runs, gave away just two runs off the 17th over to peg the Stars back.

Hendricks was under pressure to make something happen and tried to clear long-on off Imran Tahir but was caught on the rope and the squeeze was on. Tahir gave away just six runs in his final over and took the crucial wicket of Hendricks to finish with figures of 4-0-24-1 but Morris was the hero of the last passage of play. He also bowled the 19th over, in which he dismissed Dan Christian and conceded nine runs, leaving Junior Dala to defend 31 runs off the final over.

Overall, the Stars managed just 32 runs for the loss of four wickets in the final quarter of their innings, which was too little to take them over the line.