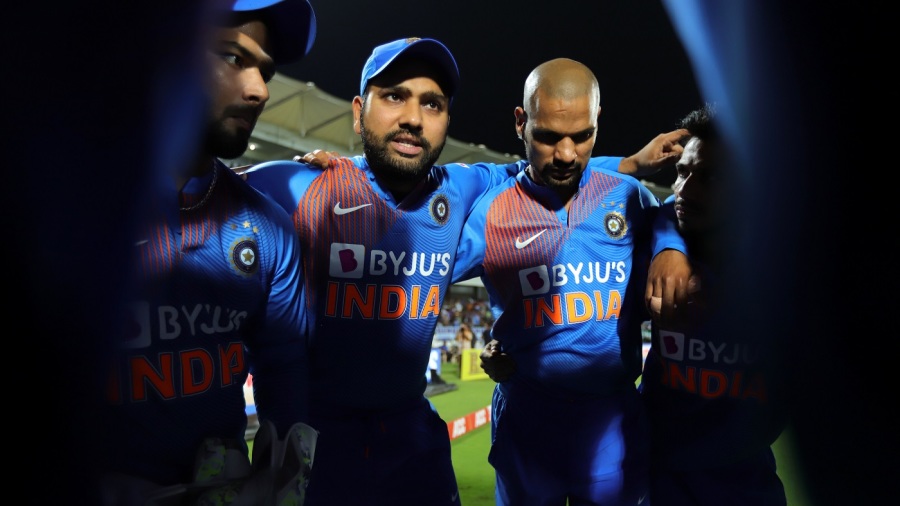 Short-term results, or long-term planning? Teams have to constantly manage the tussle between those two objectives while they build up towards a major tournament. During their T20I series against South Africa in September, India made it clear they were looking ahead to the T20 World Cup first and foremost, when they chose to bat first and, as their captain Virat Kohli put it, “push ourselves out of our comfort zone“, in Bengaluru, one of the country’s great chasing venues.

The experiment seemed like a throwback to the mid-2000s, when India, under Rahul Dravid, kept opting to bowl first in ODIs in order to improve as a chasing side

But, after India lost in Bengaluru, and began the series against Bangladesh with another defeat while batting first – being sent in, more accurately – they went back to their comfort zone in Rajkot, where they won the toss, chased, and won convincingly.

You can’t fault India for that decision, but it was a clear example of the tension between short- and long-term objectives.

Now, in the series decider in Nagpur, which way will India go if they win the toss?

The decision may not cause too much soul-searching, given that the VCA Stadium is one of the rare bat-first venues in India. It has one of the largest outfields in the country, and the pitch usually brings spinners into play. Teams batting first have won eight of 11 previous games here, including the most recent one, in January 2017, when Jasprit Bumrah bowled an outstanding 20th over to help India defend 144 against England.

Bangladesh began the series by beating India in a T20I for the very first time, and they know they have every chance of going one better and winning the series. If there’s a bit of grip in the surface, they have the spinners to exploit it, as well as a canny exponent of cutters in Mustafizur Rahman. Their batting is suited to a slower surface too, but they’ll need to learn a few lessons from Rajkot, where they failed to build on a bright start and ended up – in their captain Mahmudullah’s estimation – 25-30 runs short of a challenging total.

India have kept faith in Shikhar Dhawan as Rohit Sharma’s partner at the top of the order despite KL Rahul making a strong case whenever he has had the chance to open. Dhawan has lately shown a greater willingness to take risks during the powerplay overs, and has tasted some success while doing so, both in the IPL and in recent T20I innings against West Indies and South Africa. Bangladesh, however, have managed to tie him down in this series by denying him width. How will he respond to that tactic in the decider?

Mohammad Naim has made runs in both matches so far, but his range of shots has often looked limited, and India have been able to keep him quiet, as his strike rate of 105.08 suggests. Bangladesh might wonder if Soumya Sarkar, who is one of their most gifted ball-strikers, is better equipped to exploit the powerplay field restrictions. In a decider, they will need to give their best players their best chances of succeeding.

Having conceded 81 runs in eight overs across the first two T20Is, Khaleel Ahmed has been the one misfiring component of an India attack that Bangladesh have otherwise found hard to get away for boundaries. The left-arm quick is a talented bowler and gives India a bit of variety, but they may choose to leave him out and play Shardul Thakur instead.

Bangladesh, like India, stuck with the same XI in the first two games. They don’t have any pressing reasons to make changes, though an extra spinner in Taijul Islam could come in handy if the Nagpur pitch plays true to nature. There are fitness concerns over Mustafizur (ankle) and Mosaddek Hossain (groin), but it is as yet unclear how serious they are.

Russell Domingo, Bangladesh’s coach, was in charge of South Africa when he last came to Nagpur, for a Test match in 2015 on a square turner. “The last time I was in Nagpur, the game finished in two days,” he said on the eve of this match. “It looks better this time. I think Nagpur historically has lower scores than Rajkot. There the average score was 185, while here it is 155. I think the spinners will have a bigger role than it had in Rajkot.”

Atmospheric and weather conditions dominated the talk leading up to the first two T20Is. That won’t be the case in Nagpur, with clear skies expected right through the day.

“Thirty-eight dot balls in a T20 match is not bad. Anything under 40 is not a big issue for us. The big problem was that no one got 70 or 80, more like Mushy (Mushfiqur Rahim) did in the first game. So the one who reaches thirty should look to make it a big one.”
Bangladesh coach Russell Domingo