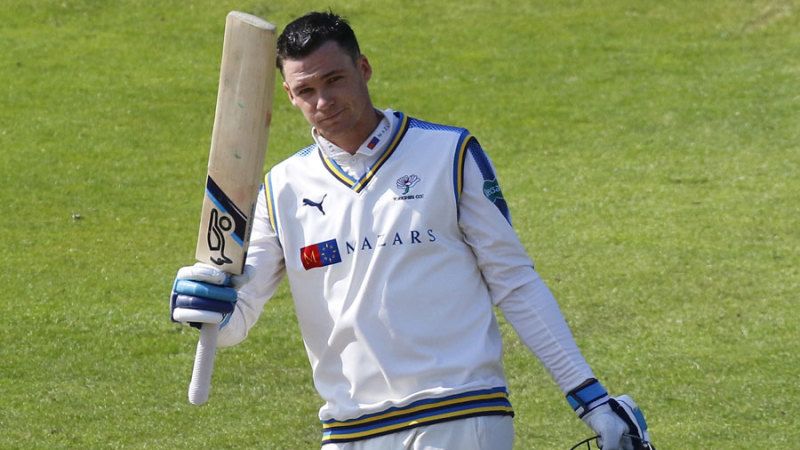 Peter Handscomb, the Australia batsman, has joined Middlesex on a two-year deal, and will lead the side in first-class and List A cricket following the departure of Dawid Malan to Yorkshire.

Handscomb featured in Australia’s World Cup campaign last summer – his solitary match came in the semi-final defeat against England at Edgbaston – but after being overlooked for the Ashes squad, he joined Durham for the latter part of their Championship campaign.

His five matches for Durham included one against Middlesex at Lord’s, where his first-innings half-century proved vital in a low-scoring 44-run win.

To date, he has made 40 appearances for Australia in all three forms of the game and is the current captain of Victoria, who he has led to three domestic cricket titles. The most recent of his 16 Test appearances came at Sydney against India in January. Overall he averages 38.91 with two centuries against Pakistan.

Middlesex will be the fourth county of his career, following Gloucestershire in 2015, Yorkshire in 2017 and Durham in 2019, and he is expected to be available for the entire season.

“We are delighted and excited to have an all-round cricketer of Peter’s stature at the club,” Stuart Law, the club’s head coach, said. “I have known Peter for some time and worked with him at the National Cricket Centre in Brisbane seven or eight years ago, so I know what a top bloke he is.

“Peter is a fine player and he will fill a couple of the gaps that have been created. He is a successful captain, a fine middle-order player and the sort of character who will help create a strong positive environment that will keep moving the club forward. He has been brought up in a tough environment and his background will help with the continued development of our young cricketers.”

Handscomb’s first challenge will be to guide Middlesex out of the second division, to which they were relegated in 2017, one year after lifting the County Championship title.

The club finished eighth in Division Two last season, and were eliminated in the quarter-finals of both the Vitality Blast and the Royal London Cup. Their struggles led the outgoing captain, Malan, to say he had “been banging my head against a wall” in recent years.