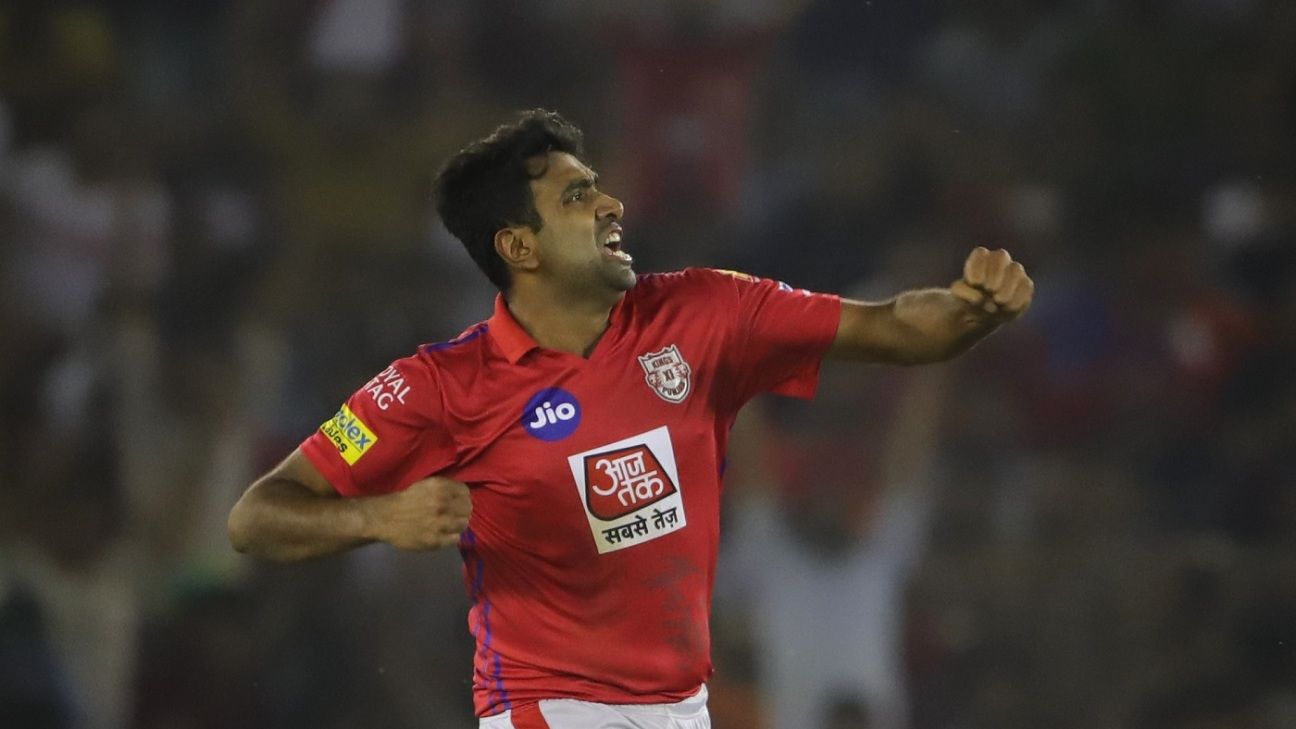 The R Ashwin trade has finally happened with Kings XI Punjab closing a lucrative deal with Delhi Capitals on Thursday. ESPNcricinfo understands the trade is worth INR 7.6 crore (then US$ 1.176 million approx., his auction price in 2018) and an additional undisclosed sum to procure Ashwin.

Also part of the deal is Karnataka spinner J Suchith , who the Capitals have traded to Kings XI as part of the exchange for Ashwin. Suchith was signed as a replacement in IPL 2019 at his base price of INR 20 lakh. The IPL Governing Council will now have to ratify the trade to seal the deal.

Capitals were set to sign Ashwin earlier , but the equation appeared to have changed after Kings XI appointed former India captain and head coach Anil Kumble as their team director. ESPNcricinfo understands that Kumble’s first choice was to retain Ashwin, but the player himself wanted to move to Capitals after two underwhelming seasons as captain of the Punjab franchise.

In addition to Suchith, it is believed Kings XI asked Capitals to also trade Trent Boult. The New Zealand fast bowler was signed by Capitals in 2018 for INR 2.2 crore (then US$ 343,000 approx). The understanding was Capitals would then pay the balance amount of INR 5.2 crore (US$ 733,000 approx.) to Kings XI in cash.

However, it is believed Boult himself was not keen, even though IPL contracts do not give a player the power to be part of the trade negotiations. However, Boult was later removed from the bargain, with both franchises settling for Suchith and the undisclosed premium amount.

With the Ashwin acquisition, Capitals will have six frontline spinners in their ranks – the others being Rahul Tewatia, Amit Mishra, Sandeep Lamichhane, Jalaj Saxena and Axar Patel – though it’s important to note the trade window will remain open till November 14.

Ashwin, who turned 33 recently, has been one of the best bowlers over the years in the IPL with his dominance spanning close to a decade, during which he has played for Chennai Super Kings and Rising Pune Supergiant, apart from Kings XI.

Ashwin has proved to be an asset as he can bowl in the Powerplay, dry up runs in the middle overs, and restrict batsmen at the death. Overall, he has taken 125 wickets in 139 IPL matches at an economy rate of 6.79, which is the best among all Indian bowlers with 50-plus wickets in the competition.

Suchith, meanwhile, would be rejoining forces with Kumble after having been together at Mumbai Indians where the latter was team mentor.