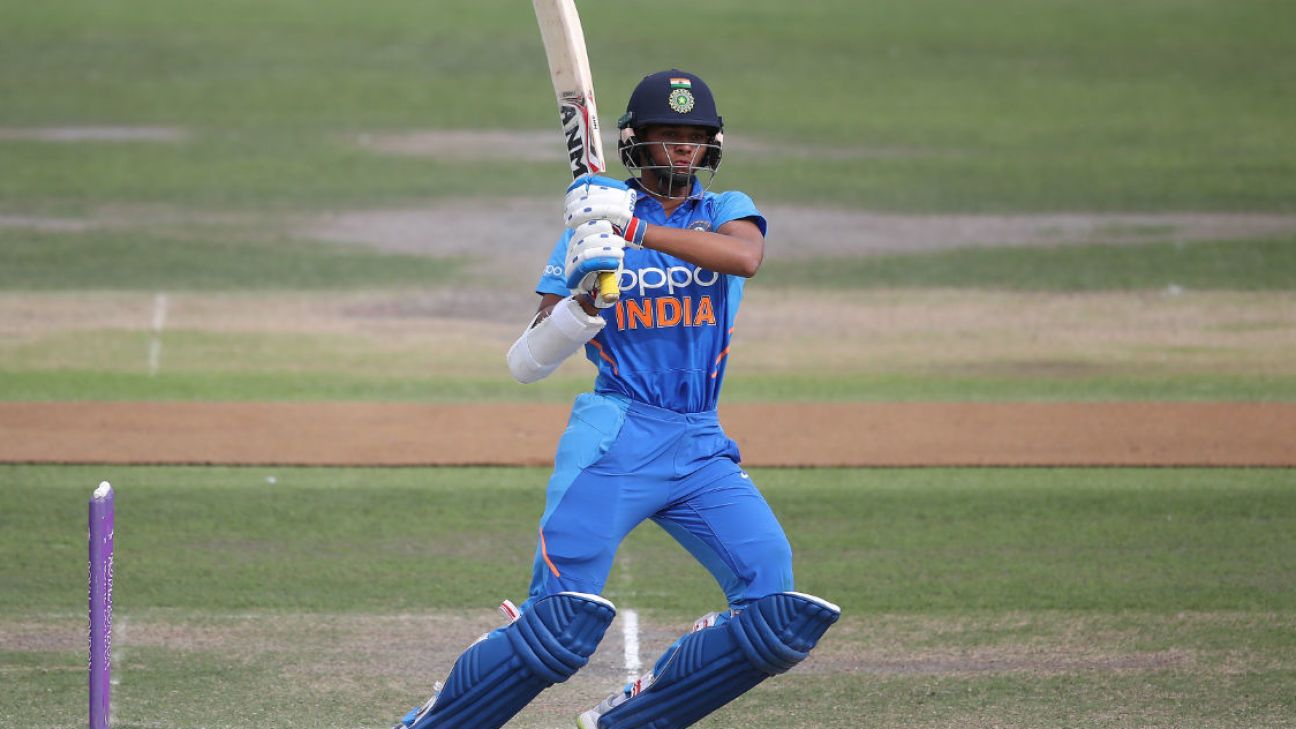 Mumbai’s Yashasvi Jaiswal has become the second batsman to hit a double-hundred in the ongoing edition of the Vijay Hazare Trophy, finishing with 203 in 154 balls against Jharkhand on Wednesday. The 17-year old opener made it the ninth instance of an Indian scoring a List A double-ton.

Sanju Samson made history less than a week ago, when he scored 212 not out – his first List A century – for Kerala against Goa, making it the highest individual score in the competition, going past Karn Veer Kaushal’s 202 for Uttarakhand against Sikkim last season, the first time a double was scored in the tournament. Jaiswal has now joined Samson and Kaushal in the list.

Of the nine double-tons in List A cricket by Indian batsmen, five have come in ODIs: three by Rohit Sharma, and one each by Sachin Tendulkar and Virender Sehwag. Those aside, there is Shikhar Dhawan’s 248 for India A against South Africa A in Pretoria in 2013.

Opening the batting against Jharkhand in Alur with Aditya Tare, Jaiswal outscored his more experienced partner as the two put on 200 runs for the first wicket in 34.3 overs before Tare was dismissed for a 102-ball 78 by Anukul Roy.

Jaiswal continued to score quickly, as Siddhesh Lad contributed just 32 in the second-wicket stand of 105 runs, and went on to reach the double with captain Shreyas Iyer by his side. He did briefly threaten Samson’s mark of 212 but fell with two balls left in the innings when he was caught by Rahul Shukla off Vivekanand Tiwari, who had earlier dismissed Lad. Jaiswal’s 154-ball innings included 17 fours and 12 sixes. That’s 140 runs in boundaries.

For the prodigiously talented Mumbai teenager, it was a third century in five Hazare Trophy games this season after 113 against Goa and 122 against Kerala.

Jaiswal first came in the spotlight during the Under-19 Asia Cup in Dhaka in October last year, when he scored a 113-ball 85 in the final as India beat Sri Lanka by 144 runs. That capped an excellent tournament for him, in which he topped the charts with 318 runs.

More recently, at the Under-19 tri-series in England in July-August this year, where Bangladesh were the third team, he scored 294 runs in seven innings at an average of 42 and a strike rate of 74.05, finishing fourth on the run-scorers’ list. He hit four half-centuries then, including a 72-ball 50 in the final, when India beat Bangladesh by six wickets.