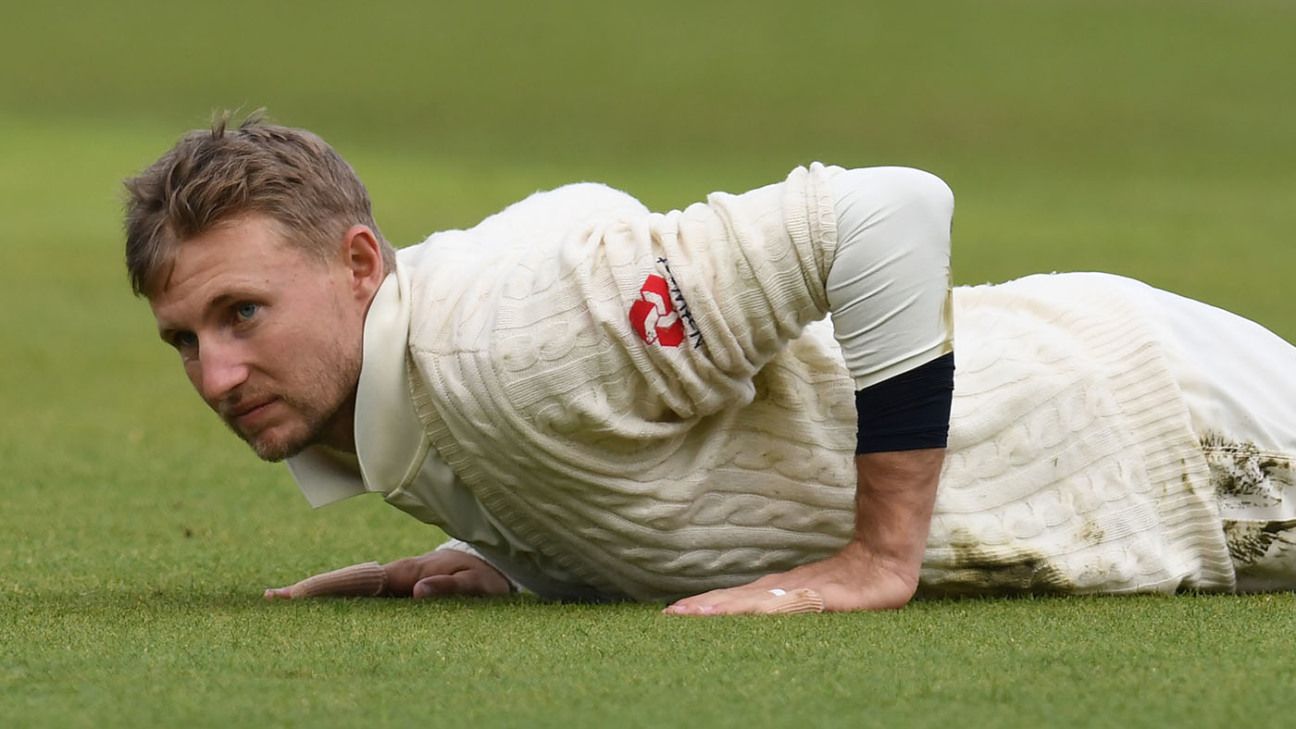 Trevor Bayliss has suggested that Joe Root is “under no pressure at all” in his position as England captain. Root comes into the final Test against Australia with his side 2-1 down and having already relinquished a chance of taking back the Ashes; anything other than victory at The Oval will see him become the first England captain to oversee a home Ashes defeat since 2001.

Root said in the wake of the 185-run loss at Old Trafford at the weekend that he wanted to carry on as captain, but there have been questions about whether he can manage the workload of batting at No. 3 and leading the side. His average as captain has dipped to 40.87, against 52.80 overall, and he has managed just three half-centuries in four Tests, while also becoming the first England captain to score three ducks in the same series.

However, ahead of his final Test as England coach, Bayliss said he felt that Root remained the best man to lead the side and suggested that his struggles with the bat had come down to Australia successfully making a target of him.

“He hasn’t come under question from anyone making decisions,” Bayliss said. “So he’s under no pressure at all.

“Everyone goes through periods where they don’t make quite as many runs as they would like. I think the Australia team have bowled pretty well to him. We’ll see how things go further down the line but from my point of view, he’s our premier batter and knowing the Australian way, they always try and target the opposition captain. He’s batted well on occasions throughout the series, when he’s got a start. I don’t see too many problems, really.”

Despite trailing with one Test to play – and facing the possibility of a first series defeat at home since 2014 – England opted not to make any changes for The Oval, with Bayliss reasoning that the attempts to fight their way to a draw on the final day at Old Trafford warranted giving the misfiring batting order one last chance.

“Over the last three or four years, one of the things we’ve spoken about was that we really want to give everyone an opportunity to prove themselves – I’ve said before, give them one too many games rather than one not enough. Maybe bringing someone new and young into the team against this opposition [would be detrimental]. We might see some changes through the winter but a few of the guys looked like they were trying to do the right thing and gutsed it out and did well on the at last day [at Old Trafford], so we’ve decided to give them another opportunity.

“Knowing the Australian way, they always try and target the opposition captain. He’s batted well on occasions throughout the series, when he’s got a start. I don’t see too many problems, really”

“I’m quite happy with the selections. The first thing you’ve got to say is ‘Who else will come in?’ After the Tests in this series, either team could have been up 3-0, I thought. We had our chances at 8 for 120 in the first Test, second Test we finished on top at the end of the game, being a draw. Third Test, Australia could have won that, they could have won the first two as well. If you think about it that way, the selections we couldn’t have got it too wrong.”

That means another opportunity for Jason Roy, who made his debut at opener against Ireland in July but has subsequently moved down the order to No. 4 and averages 13.75 across eight Ashes innings.

“He’s certainly still got to prove, not just to himself but everyone, that he is capable of playing at this level,” Bayliss said. “He is a talent, that’s for sure, but obviously there are some challenges for him in the Test game and some challenges against this bowling attack.”

One contingency remains, depending on the fitness of Ben Stokes, who sent down a few deliveries to test his sore shoulder during England training, before taking off on several laps of the outfield. He is set to be assessed again in the run-up to Thursday, with the possibility he could play just as a batsman.

Having helped England to lift the World Cup for the first time, Bayliss can arguably be said to have fulfilled his remit after being hired in 2015 with a focus on improving the country’s white-ball performances. He admitted that his successor will still have work to do on the Test side – ranked No. 5 in the world when Bayliss took over, England will slip back down to the same spot from fourth unless they can triumph at The Oval.

“I’d say it’s still a work in progress. From a Test win percentage point of view, we’re slightly in front on win-loss ratio. The big improvement in the one-day game overshadows the work we’ve tried to do with the Test team. When you compare the two the white-ball team had the biggest improvements.”

The ECB process to find a successor is also ongoing, with Bayliss suggesting that the ideal situation might see England once again appoint a single head coach but with a greater remit to hand over temporary control to his assistants – the positions currently filled by Chris Silverwood, Graham Thorpe and Paul Collingwood. But he was content that it is time for a “new voice” calling the shots in the dressing room.

“On one hand I’m sad to be leaving the job. Personally it’s been a fantastic environment to work in. Everyone’s made me feel at home. From a cricket sense, we’ve had a lot of good performances – the cherry on top with the World Cup win. I am looking forward to getting home but I’ve never stayed anywhere more than four or five years and it’s time for someone else to come in, and a new voice for the team.”