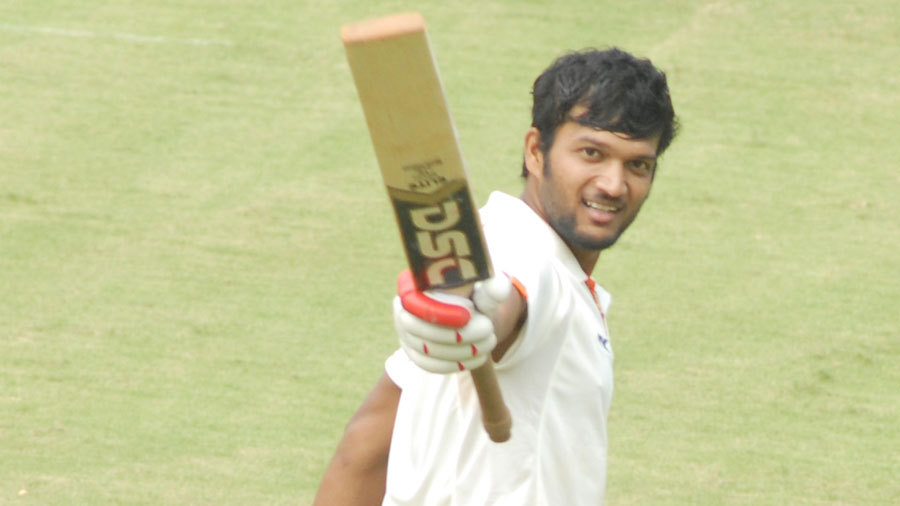 South Africa A have their backs to the wall in the first four-dayer in Thiruvananthampuram. From 199 for 7, they allowed India A to post 303, thereby conceding a 139-run lead, before a second successive top-order collapse had them reeling at 125 for 5 at stumps on day two at the Greenfields Stadium.

Resuming on 129 for 2, India A lost 5 for 70, including the wicket of top-scorer Shubman Gill, who was out for 90. A century stand between allrounder Jalaj Saxena (61 not out) and Shardul Thakur (34) – the latter’s three-for had earlier skittled South Africa A for 164 – helped open up a potentially decisive lead. Saxena, who was a late inclusion in the squad as cover for K Gowtham, struck 11 fours in his 96-ball knock after coming in at No. 7.

Overlooked for the Test series that begins next month, offspinner Dane Piedt impressed with returns of 3 for 84 after wheeling away for 25.5 overs while Lungi Ngidi, who is part of the Test squad but not the T20Is that precede it, also ended with a three-wicket haul. In contention for a Test debut, left-arm spinner Senuran Muthusamy managed all of seven wicketless overs in the first innings.

South Africa A’s hopes of staying in the contest hinged on them batting big in the second innings to set up a substantial total to defend. Instead their top order’s efforts were only marginally better in the second innings – 52 for 4 as compared to being 20 for 4 in the first. Zubayr Hamza, who could be part of their middle order for the first Test, and Henrich Klaasen, their limited-overs specialist, appeared to have stemmed the damage with a 42-run partnership, but Hamza’s dismissal for 44 swung the game again.

Mohammed Siraj opened the floodgates by removing Pieter Malan in the first over and Aiden Markram followed a few overs later, nicking behind to KS Bharat off Shardul Thakur. India A made further inroads when left-arm spinner Shahbaz Nadeem struck to remove Khaya Zondo and Muthusamy to open up a possibility of a quick finish. But Hamza and Klaasen’s defiance kept India A’s bowlers at bay for another 11 overs and pushed the game into a third day.