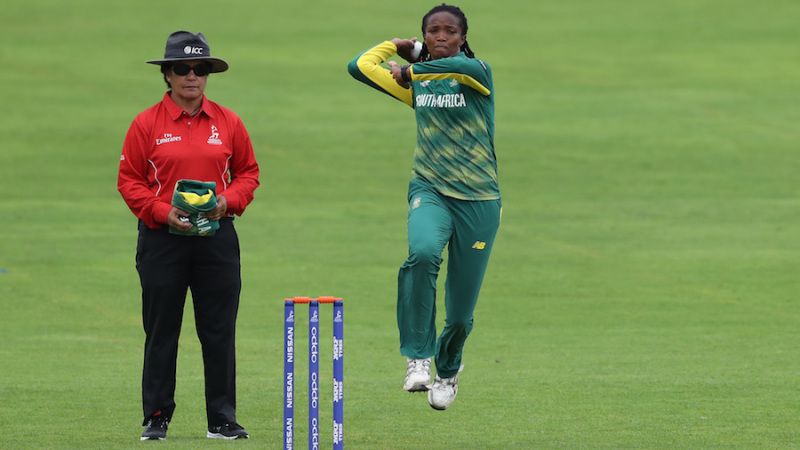 South Africa quick Ayabonga Khaka and wicketkeeper-batsman Trisha Chetty have returned to the national squads after staying away from international cricket for more than a year due to injuries. While Chetty, who last played an ODI in May 2018, returned only to the one-day squad, Khaka, who last played international cricket in June last year, was picked for both ODIs and T20Is in India in September and October.

South Africa also picked uncapped left-arm spinner Nonkululeko Mlaba and recalled allrounder Anne Bosch, who played four ODIs in 2016. Sune Luus will continue to lead the sides in the absence of Dane van Niekerk who is still out of action due to injury. Marizanne Kapp will play the ODIs but is not available for the five T20Is.

“With a few players not available for the tour, it gives us an opportunity to look at some options going into the upcoming New Zealand Away Series and the ICC Women’s T20 World Cup,” CSA selection convener Clinton du Preez said.

“Nonkululeko Mlaba has been included as a new cap into the squad on the back of a successful Emerging Tour against Bangladesh and the Women’s T20 Super League. She is a talented left-arm spinner who will complement our bowling attack.

“Anneke Bosch has been a steady contributor for North West and was also part of the recent Emerging Squad, and she gives us as an extra all-rounder option.”

Khaka had been away from the field with a serious shoulder surgery she underwent after touring England last year. She was eased back into the squad via the emerging series against Bangladesh, against whom she played two one-dayers and two T20s, taking two wickets in four matches. She was then part of a national squad training camp in Pietermaritzburg.

Chetty has recovered from a back injury she picked up last year that made her miss the World T20. She returned to the field in January this year to represent KwaZulu-Natal Inland and then feature in the emerging series against Bangladesh at home. She scored three half-centuries in the one-dayers and another in the three T20s against Bangladesh at the end of July.

South Africa will start the India tour with two warm-up T20s on September 19 and 22 before the five T20Is starting September 24 in Surat. That will be followed by three ODIs on October 9, 11 and 14 in Vadodara.