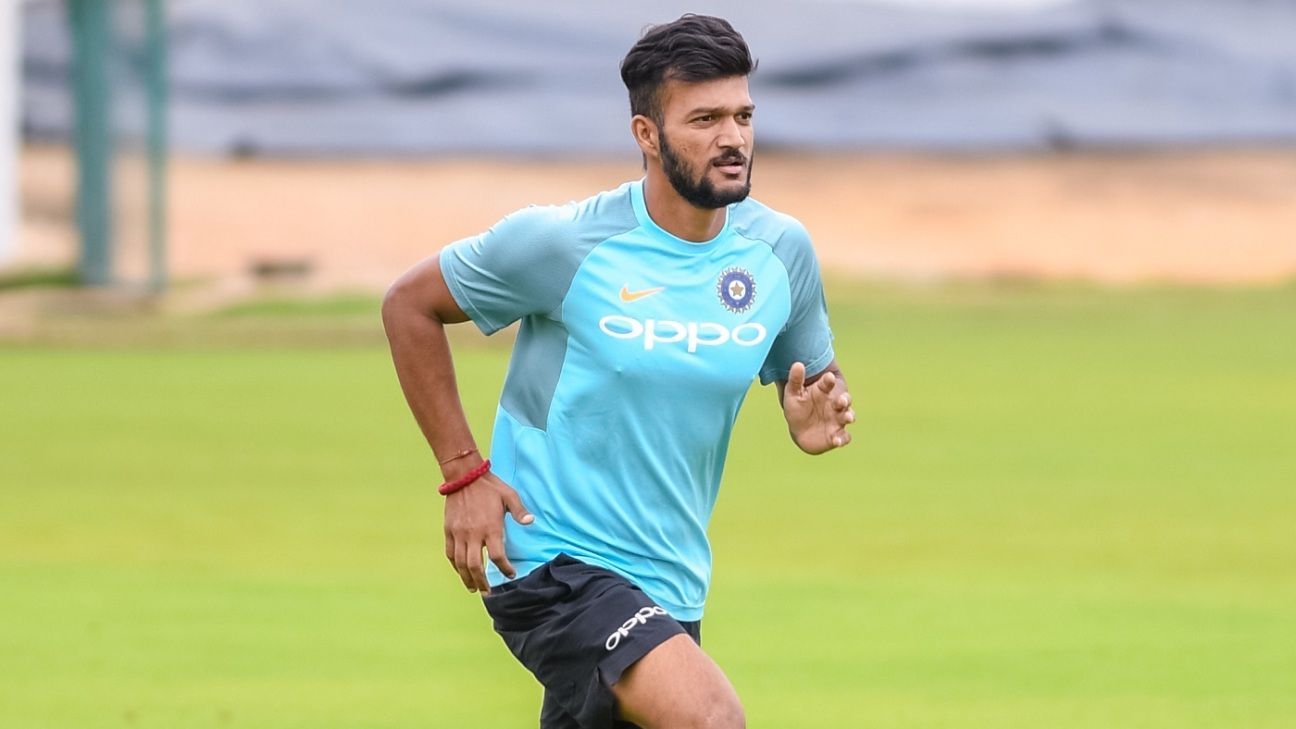 Kerala allrounder Jalaj Saxena has been added to the India A squad for the first four-day match against South Africa A, starting on Monday in Thiruvananthapuram.

Jalaj comes in as a near like-for-like cover for another bowling allrounder K Gowtham, who is unwell and being monitored by the medical staff. Gowtham had been in excellent bowling form, finishing as the third highest wicket-taker for India A on the tour of West Indies in August.

Jalaj, an offspinner like Gowtham, impressed in his only outing with the ball in the recently concluded Duleep Trophy, where he sent down 72 overs for a match haul of 7 for 162 for his side India Blue. However, with the bat, he only managed 19 runs in two innings across two matches, as his side failed to make the final.

He was picked for India A after a gap of six years when they hosted England Lions in February this year, marking his return with an impressive bowling performance that saw him finish as the second-highest wicket-taker behind Navdeep Saini.

Jalaj is also the only player apart from Anil Kumble to have picked up 16 wickets in a Ranji Trophy match, and the only one to have scored a hundred and picked up an eight-wicket haul in the same match twice. Overall, he has played six matches for India A in a first-class career spanning nearly 14 years. In those six appearances, he has taken 23 wickets at an average of 25.69 with the ball and scored 152 runs at just over 30 with the bat.

Having represented Madhya Pradesh for a decade, Jalaj switched to Kerala in 2016-17, and finished as the highest wicket-taker in the 2017-18 Ranji Trophy season.