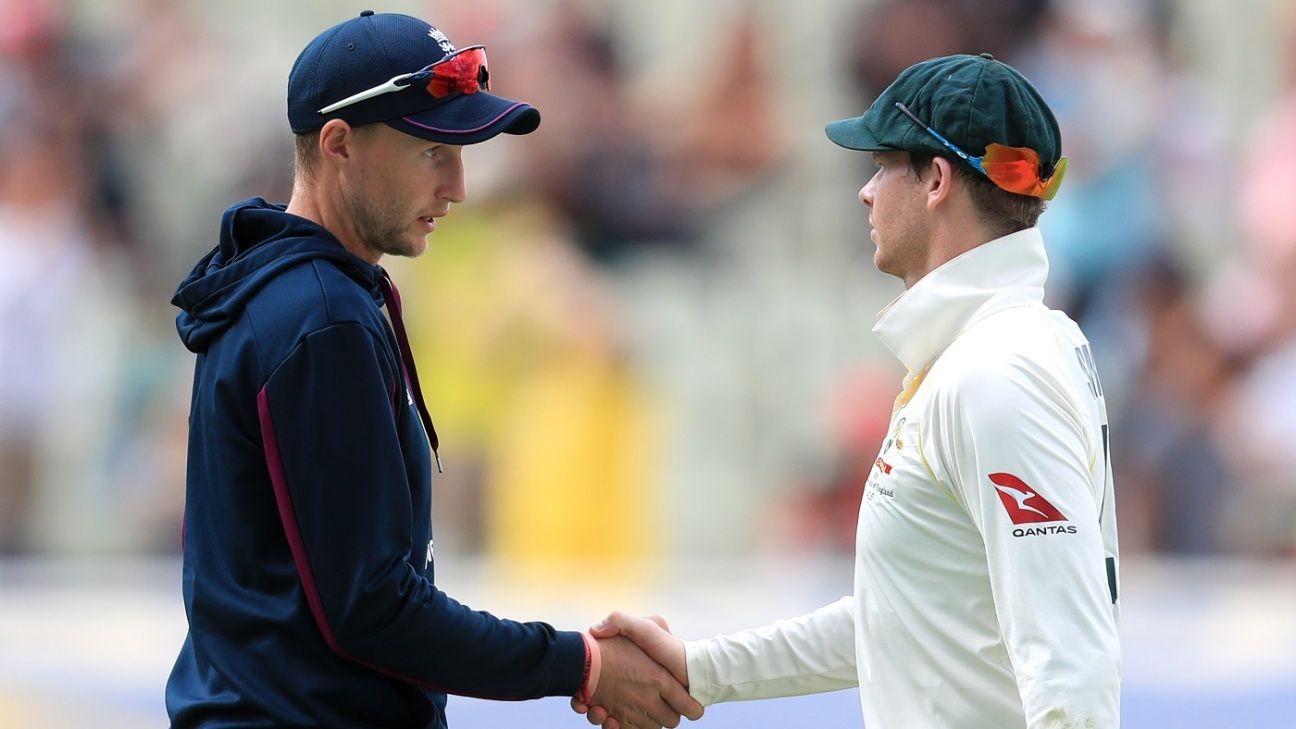 Steven Smith is an avowed tennis fanatic, and for England captain Joe Root, the Australian’s treasure trove of quirks, pops and ticks are akin to some of the more audible grunts heard on the ATP and WTA tours.

Having had more than a week to ponder where his team went wrong against Smith at Edgbaston, Root has reasoned that the hosts were too quick to try different things in reflexive response to the Australian maestro’s many batting foibles. In doing so, they lost sight of the fact that, under the sustained pressure of a tight line, Smith is only a little less susceptible to edging into the cordon than the average batsman.

ALSO READ: Why Steven Smith is the best of the Fab Four

“It’s something you’ve got to look past,” Root said at Lord’s. “A lot of what he does is try to put you off in a way, trying to make it look extremely different so you have to think way outside the box. You look at his dismissals over a period of time, it’s not far away from everyone else’s, the movements before and after it might look slightly different.

“You’re always looking at different ways how you can try and get someone out. I think maybe one thing that could have done slightly better, me personally as captain, was stick to a plan for a little bit longer, give it a chance to work a little bit more. But he did play well. I think it was 18 times early on in that first innings he played and missed.

“It could have been very different. In some ways, that’s a sign that plans are working. We’ve just got to be a little bit more patient with it. And he’s got to start again this week … new challenge, new wicket, different atmosphere. It’s just being really clear on how we want to go about it. When we got to a plan we’ve got to be really ruthless with it, stick to it, make sure if we’re not getting him out we’re containing him, and building pressure on him at the other end.”

“He’s had a slightly different journey to a lot of the other guys and has gained a lot of experience, whether it be under pressure in Twenty20 cricket and obviously the World Cup now as well, and I think that can stand guys in just as good a stead as three or four seasons in county cricket”

Root is eager to unleash Jofra Archer on the Australians in what appears likely to be an impact role based on short spells at the debutant’s very fastest. This is the sort of pace England have not been able to call on against Smith since Mark Wood in the 2015 Ashes.

“It’d be nice if he was staying up at 88-92mph, round that bracket, for the chances he gets to bowl,” Root said. “He’s very skilful as well. Everyone talks about his pace and his easy action but he’s got some very good skills. He gets the ball moving around both ways. Factor that in with the pace he bowls, he will cause a lot of problems, I’m sure.

“He’s a very skilful young man. He’s got a very good record in red-ball cricket. There will be question marks about his workloads coming into the game, but I think, importantly, if we manage that well, he’s proven over the last couple of years when he has played county cricket that he can manage that well. He’s a very exciting prospect.”

Archer has had a novel path to the England side, although Root noted that it was unlikely to affect him: the fast man’s relaxed approach is such that he was able to sneak a nap at the very moment his World Cup campaign was about to begin.

“He’s very confident, which is great. Someone coming in with that attitude is just what you want. He’s very relaxed,” Root said. “I remember his first World Cup game, we’d just done the anthems, it was obviously a huge occasion, playing South Africa … I reckon before the first ball was bowled he was asleep in the dressing room, making sure he was ready to go when he has to bowl.

“He is very relaxed, he knows what he needs to do to prepare well. For a young man, he’s quite mature in terms of cricket, which is again a great quality to have. I think you need a balance of different characters in the dressing room to even things out. It keeps it interesting. As long as collectively when you’re on the field you’re in the same frame of mind and you’re very clear on how you want to go about things, it works really nicely. You don’t want 11 players exactly the same.

“You see it a lot in the modern game with the schedule the way it is, with the amount of white-ball opportunities there are around. Guys want to go and play in that. He’s had a slightly different journey to a lot of the other guys and has gained a lot of experience, whether it be under pressure in Twenty20 cricket and obviously the World Cup now as well, and I think that can stand guys in just as good a stead as three or four seasons in county cricket.”

Looking back on how England came to lose at Edgbaston, having been placed under growing pressure by Australia up to the moment at which the home side cracked on the final day, Root argued that the loss of James Anderson with injury had placed the entire team – batsmen and bowlers alike – in unfamiliar territory.

“I think it did harm us having only three bowlers,” Root said. “I think it caught up with us in the second innings. You set a team up in a certain way and then obviously the workloads got a lot more than we probably expected to, whereas Australia went into the game with that and are used to playing with a three-man seam attack. Whereas we, over a long period of time now, have gone with three seamers and Ben [Stokes] as an allrounder that offers a huge amount with the ball.

“These freak things happen sometimes and when you do get those extra workloads on a good wicket against someone playing as well as Steve did, makes it very difficult for you. It’ll be completely different this week, I’m sure. Every team has different ways of operating as well. Of course, you always want to control the scoreboard, taking wickets, going at two an over and bowling sides out for 100. It doesn’t always work like that.

“It’s how quickly you can adapt, knowing when to be a little bit more aggressive and when to suck it up, and are you skilful enough to manage that as a bowling group and me as the captain. That’s always the challenge and we’ll be exactly the same this week.”

Root is also conscious of Nathan Lyon, whose hold over England at Edgbaston grew in parallel to that of Australia’s as a whole. “I thought in the first innings we played him very well, and then as the conditions came more into his favour with the scoreboard pressure [Australia] had made it a lot easier for him to operate,” Root said of Lyon. “It’s a different pressure bowling it like that and he dealt with it very well. It’s fair to say, bar Jason [Roy], he bowled us out. So credit to him.

“We’ll have to make sure that if we find ourselves in a similar scenario throughout the four games we try and combat that a little bit differently, being a little bit smarter, trying to take those men around the bat out of the equation a little bit more. But it’s how you do that with minimal risk, which is always the art of batting especially in the fourth innings of the game – against a high-quality spinner like Nathan.”

Series back in the balance as familiar foes take it to the wire
Nyeem Young stars with bat and ball as West Indies thump England
Warner credits off-field chemistry for on-field success with Finch
Misbah’s T20 squad exposes lack of vision and clarity
Shoaib Malik, Mohammad Hafeez back for Bangladesh T20s