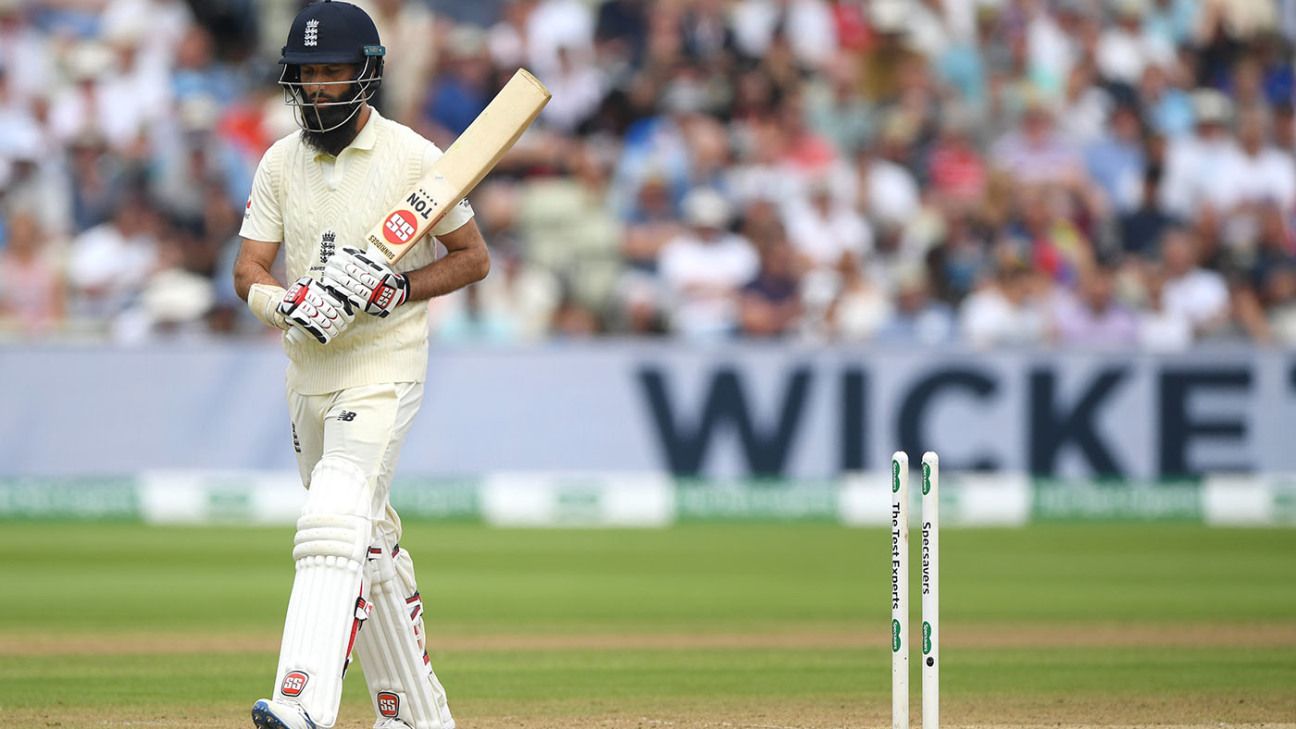 Moeen Ali will take a short break from cricket after his omission from the England squad for the second Ashes Test at Lord’s this week.

Moeen struggled badly in the first Test of the series, taking 2 for 130 in Australia’s second innings on a turning pitch and twice being dismissed cheaply by Nathan Lyon, who has now dismissed him in nine of his last 11 innings against Australia.

He was left out of the squad for Lord’s in favour of Jack Leach, the Somerset left-arm spinner, and was expected to return to Worcestershire’s squads for the Vitality Blast.

Instead, Worcestershire announced that he would be stepping away from cricket for a “short break” after a “hectic and high-intensity period of international cricket” before linking up with the county again.

Worcestershire coach Alex Gidman said: “Mo is spending a little time away from the middle recharging his batteries and putting in some quality practice time which he feels he needs, and we completely respect.

“He has had an intense schedule of international cricket involving the ICC World Cup and the start of the Ashes.

“Mo loves playing for Worcestershire and he gives a lift to everyone in the dressing room when he comes back and plays for us.

“We saw at Trent Bridge [in the Blast] what he gives to us and we look forward to when he returns soon.”

The announcement, in addition to Adil Rashid’s season-ending shoulder injury, suggests that Leach is likely to be England’s spinner for much of the ongoing series – though it is possible Moeen could return for Sunday’s Championship match against Northamptonshire.

Leach told the BBC this week that he had been in conversation with Moeen after the squad announcement.

“Mo sent me a text wishing me all the best,” Leach said. “He said he hopes that I do really well. He’s been so supportive of me coming into this environment and helping me with my bowling.

“I actually told him to be ready for the third Test, so we had a little laugh.”