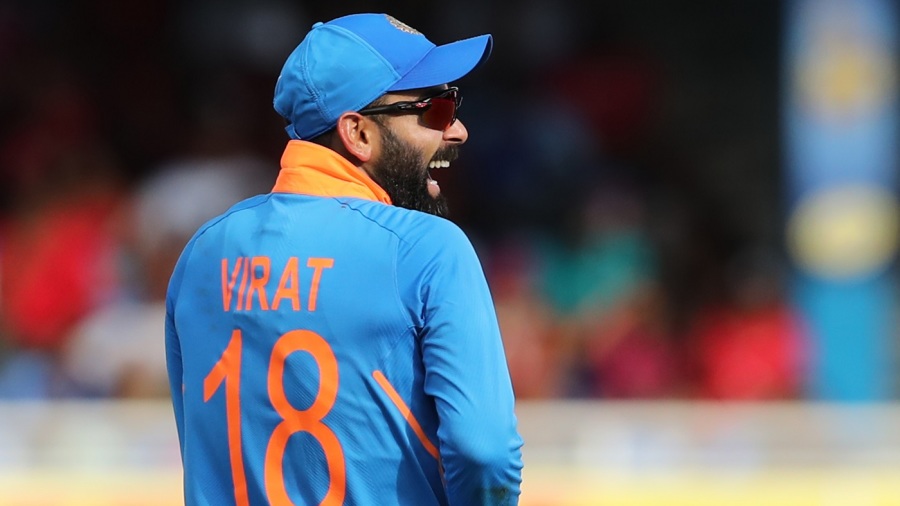 In the second ODI at Queen’s Park Oval, chasing 270 in 46 overs, West Indies needed 91 off 71 at one stage with six wickets in hand and a set batsman in Nicholas Pooran at the crease.

Percentage cricket for a few more overs was perhaps the way to go, but Pooran played a shot that was a microcosm of West Indies’ problems in ODI cricket. Skipping down the track in a premeditated manner, he ended up mistiming a pull to Virat Kohli at midwicket.

Pooran’s wicket triggered a collapse and the hosts slipped from 179 for 4 to 182 for 8, with the result all but decided.

At 23, Pooran is a young man with a bright future and the promise of winning many games for his team but West Indies will be hurting after squandering the opportunity to go 1-0 up in the series.

However, it wasn’t all gloom for them. Their bowlers had brought them into the match by conceding just 67 runs in the last ten overs. Come Wednesday, West Indies will have another chance – this time to level the series – as the two teams face each other at the same venue for the final ODI.

India, on the other hand, will be aiming to finish the white-ball leg of the tour undefeated. As far as their search for the No. 4 batsman is concerned, it looks like Rishabh Pant has his captain’s backing for now. Though he didn’t quite convince during his 20 off 35 balls in the last match, Pant should once again slot in at No. 4.

Shikhar Dhawan is yet to strike form after his return from the hand injury that cut his World Cup short, but it’s far from a worry for the team management at this moment.

From the start of 2018 to the start of the World Cup, Shai Hope scored 1460 runs in 28 ODIs at an average of 66.36. More than half those runs came in just eight innings, while opening the batting. At the World Cup, where he batted mostly at No. 3, Hope had lukewarm returns – 274 runs at 34.25. After being dismissed for 5 in the second ODI, Hope will look forward to getting back among the runs.

Fifteen wickets in five innings. A bowling average of 6.73, a strike rate of 14.0. Only Curtly Ambrose has more wickets than Bhuvneshwar Kumar at Queen’s Park Oval. With the game in the balance, it was his three wickets in seven balls that turned the second ODI in India’s favour. India will be hoping for an encore from the swing bowler.

Evin Lewis scored 65 in the second ODI but struggled with his calf injury. If he doesn’t get fit in time for Wednesday’s game, John Campbell might replace him in the playing XI.

With the series still not decided, India might once again field an unchanged XI.

The weather is expected to be humid once again, with a forecast for showers throughout the day. Although teams batting first have won five of the last six completed ODIs here, the chance of rain might tempt the captains to bat second.

The match will be played on the same pitch the last one.